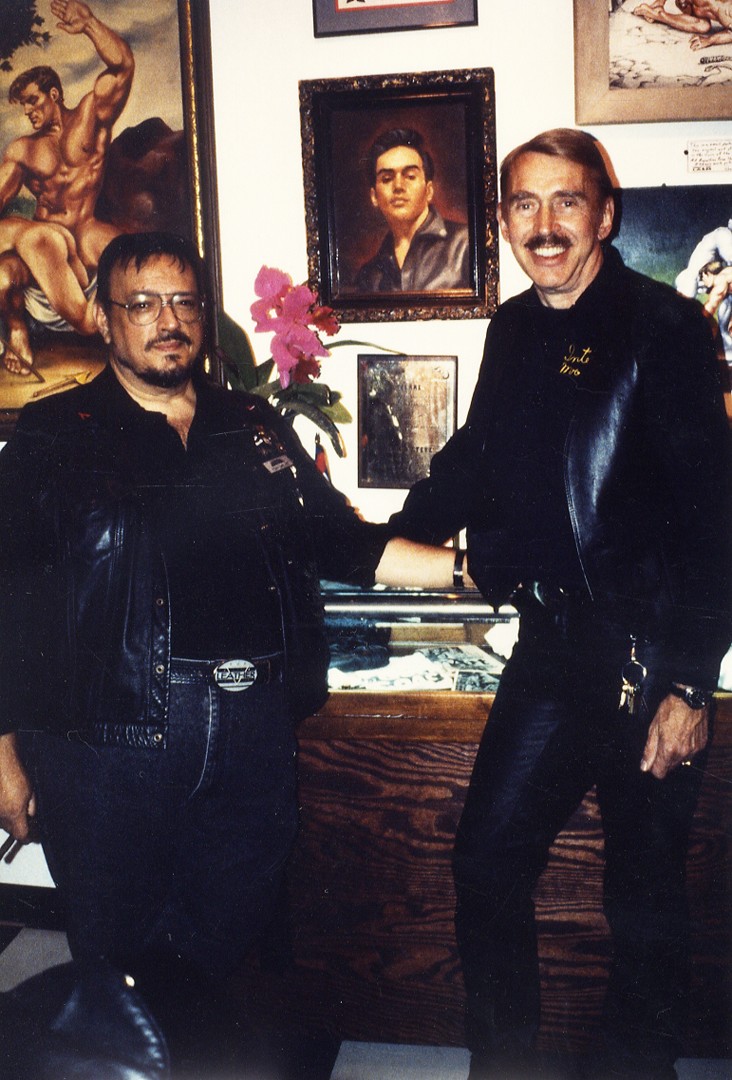 Chicago, IL - Chuck Renslow, a Chicago gay pioneer and legend who also was a major player in the gay scene worldwide, died June 29 after multiple long-term health issues. He was 87.

Renslow was a businessman, newspaper publisher and, perhaps, best known as the founder of the International Mr. Leather (IML) contest and the Leather Museum and Archives.

Tracy Baim, publisher of the Windy City Times, was the co-author of Renslow's biography. She was one of hundreds who immediately shared fond memories, told tales and attempted to put his trailblazing life in perspective on social media. She called Renslow, "A pillar of our LGBTQ community here and around the world."

Renslow was an out Chicago businessman in the 1950s who, in the early-1960s, opened the Gold Coast, one of the first openly gay businesses in the city and one of the first leather bars in the world. He also published GayLife in Chicago.

Plus, Renslow was active in city, state, and national Democratic Party politics.

Renslow was inducted into the Chicago LGBT Hall of Fame in 1991, with the first class of inductees.

Art Johnston, co-owner of Sidetrack, said, "Decade after decade, Chuck Renslow was a giant of our community, in Chicago and beyond. He fought anti-gay prejudice by government entities, including the United States Postal Service, was a role model for other business people in his unswerving support of our community and always encouraged our folks to stand together, to love and support each other."

Modesto "Tico" Valle of the Center on Halsted said Renslow was, "A hero of the community."

Israel Wright, the executive director of the Chicago LGBT Hall of Fame and himself an inductee (in 2000), said he was stunned by the passing of Renslow, who "touched and created so many opportunities for so many.

"Chuck Renslow gave me, as well as so many others, the opportunity to shine. I am happy to have been able to contribute to at least three of his pet-projects, The Leather Archives and Museum, 'Leatherman, The Legend of Chuck Renslow,' and IML 25 Years of Champions."

Greg Harris said Renslow was "a true pioneer in the fight for LGBT rights in Chicago and will be remember as a true champion."

Jeff Berry of Chicago worked for Renslow for years as the resident DJ at Bistro Too. "Chuck was supposed to have opened it with Eddie Dugan of the original Bistro, but Eddie succumbed to AIDS before it ever came to fruition. Chuck carried the dream forward, and the club was ahead of its time when it opened in 1987, the first gay club in Chicago with robo-lights," Berry said. "I'll never forget the Black and Blue Ball back in 1989 or 1990 at Bistro Too, probably the most amazing night DJing in my career. And of course, the White Party in the Crystal Ballroom at the old, crumbling Navy Pier. Even though the sound kept cutting out, it was a great party.

"Chuck never, ever asked me to play a song, or told me what to do; he gave me free reign to be the best that I could be, and that's the best gift any artist can hope for. Thanks, Chuck, for the memories. You were indeed a legend."

Wright added, "He touched so many lived in so many places. From the political to the operation of a bar and bathhouse, Chuck did it all, mostly in Chicago. He was also instrumental in the leather scene in Europe. Very few in the non-profit arena cannot say his support was invaluable to their survival. He will be sorely missed, but now he gets to unite with many, including his beloved Dom Oreujdos."

Renslow was the ultimate Sir/Daddy of the Leather/Kink community, said Chicagoan Ed Negron. "When the community gave Chuck its consent to lead, he did it with compassion, love and dedication. Chuck took the community to higher levels than anyone could have ever imagine," Negron said. "He knew with his great power came great responsibility. Like a good Sir/Daddy he pushed the community to its limits and beyond. He took the Leather/Kink community out of the bars and dungeons into the general population. He did this through activism and philanthropy. He cared deeply for the LGBTQ+ and Kink communities. His legacy will live on forever."

This year's IML competition marked the first time in 39 years that Renslow was not in attendance.

The Leather Archives & Museum staff and board issued this statement, in part: