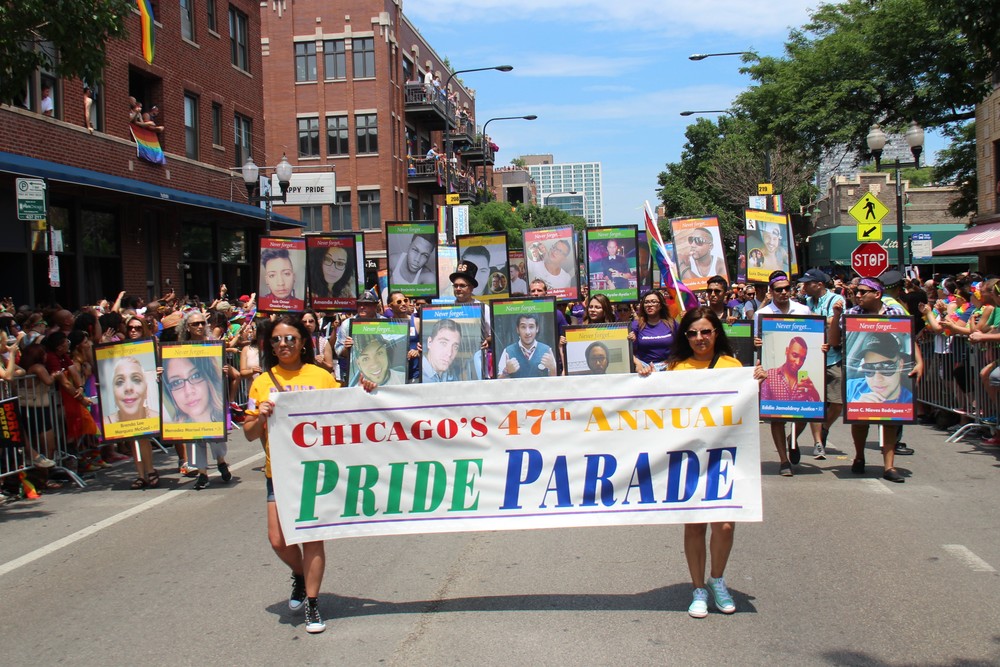 Grand Marshal Lea DeLaria: '...it's really important that we all go to Pride.'

Chicago, IL - Last year the Chicago Pride Parade was a mix of emotions: joy, pride and pain. The opening of the parade included a moving tribute to the 49 slain victims of the tragedy at Pulse Nightclub in Orlando.

"That was a commemoration and tribute, and the right thing to do," parade organizer Richard Pfeiffer told ChicagoPride.com.

This year the parade is expected to be a celebration mixed with some political messages.

"In a parade, you can still make a political or social statement, and you'll probably see that this year in Chicago," said Pfieffer.

Unlike protests at Capital Pride in D.C., Pfeiffer said that he was not aware of any large-scale protests threatening to shut down the parade in Chicago.

"People have a right to protest," he said. "But sometimes you're putting people in harms way." He added that he was confident security would be able to handle any such situation.

On Saturday, Chicago's 12th annual Dyke March was met with controversy when collective members carrying rainbow pride flags with a Star of David center were told to leave because the flags "made people feel unsafe" and that the Dyke March was a "anti-Zionist, pro-Palestinian" space.

Last month, Lea DeLaria, an Illinois Native who plays "Big Boo" on the hit Netflix series "Orange is the New Black" was named Grand Marshal for 2017.

"It's important that we have Pride; it's great that we show up," DeLaria told ChicagoPride.com. "The politics, what's going on in our society and the world now is horrifying. So it's really important that we all go to Pride.

Pfeiffer said more than 250,000 people are expected along the parade route, and nearly 1 million could move in and out of the Lakeview and Uptown neighborhoods throughout the day.

Security will be tight this year, just like the parade last year, with hundreds of additional officers stations throughout the parade route.

Chicago Pride Parade 2017: Here's everything you need to know