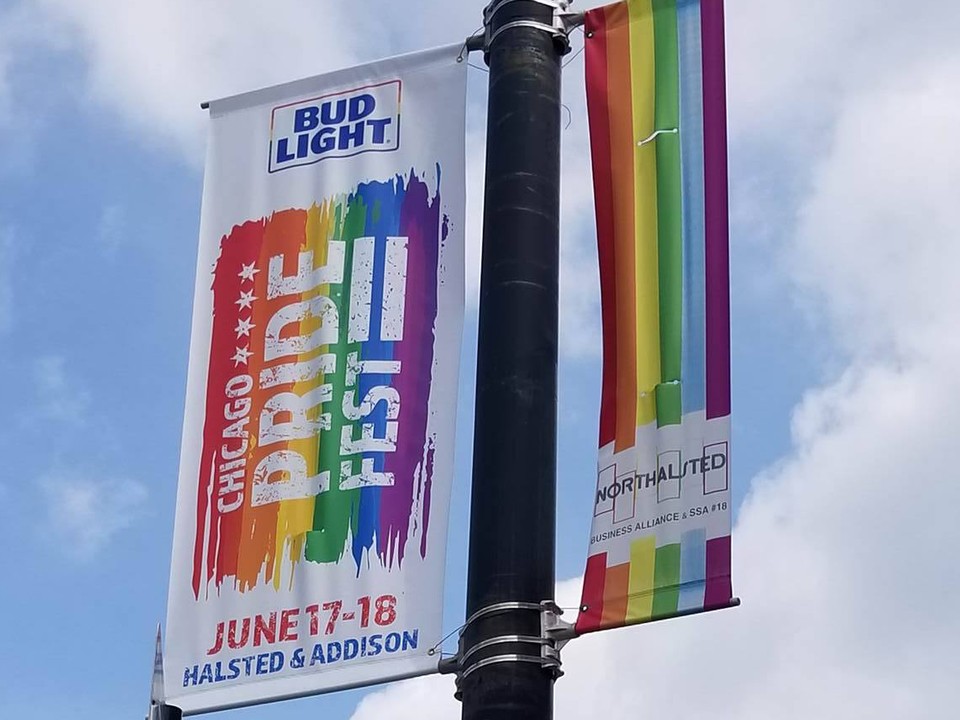 Chicago Pride Fest kicked off Saturday with sun, fun, entertainment and plenty of pride. Late afternoon thunderstorms failed to damped the spirit in Boystown as the two-day festival continued without missing a beat. Chicago Pride Fest re-opens Sunday at 11 a.m.

Other performers slated for Sunday include Symon, ABBA Salute and local favorite 16 Candles.

In addition to the non-stop entertainment, the festival includes 60 vendors offering arts, crafts and unique merchandise tailored to the gay community. Plus Miss Foozie will host the popular Pet Pride Parade starting at 12:30 p.m. from the North Stage.

"There are so many reason to cherish our pets and their positive impact," said Miss Foozie. "This is just one opportunity to celebrate the difference they've made in our lives."

Chicago Pride Fest runs from 11 a.m. to 10 p.m. down North Halsted Street from Addison to Grace. Organizers suggest a $10 donation upon entering.

The festival is coupled with other major LGBT celebrations in June, like the 36th annual Proud to Run 5K/10K run/walk and the high-concept themed dance party Neverland "Game Day", both slated for June 25.

The 48th annual Chicago Pride Parade, which now brings more than a million visitors to the Uptown and Lakeview neighborhoods, is next Sunday, June 25 at noon.