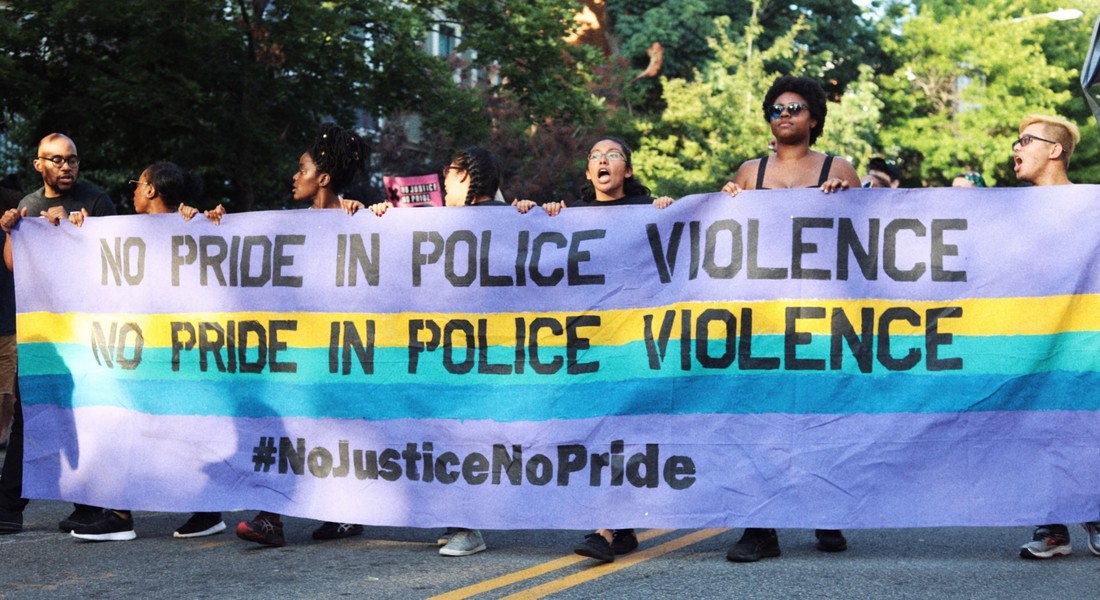 photo of the capital pride protest

New York, NY - People have been trying to shut down pride parades for as long as they've existed, but usually it's the right-wingers trying to stop it.

"No Justice No Pride is an ad-hoc collective of organizers and activists from across the District of Columbia," reads the group's Facebook page. "We exist to end the LGBT movement's complicity with systems of oppression that further marginalize queer and trans individuals."

The group is calling for greater inclusion of trans women of color and indigenous people, barring corporations they feel harm the LGBTQ community, and ending the endorsement of law enforcement agencies.