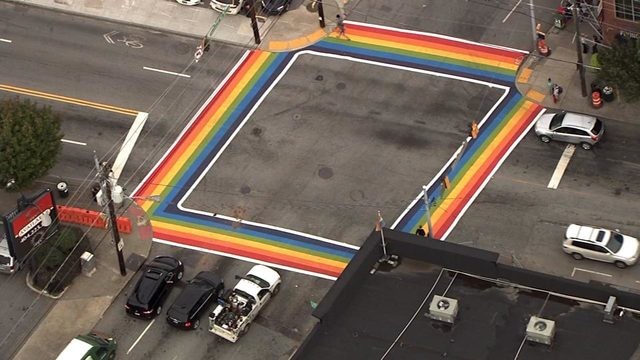 "I believe that symbols of unity matter; in recognition of the outstanding and ongoing contributions of Atlanta's LGBTQ community to our city, I am pleased to announce today that the City will install the rainbow crosswalks at the intersection of Piedmont Avenue and 10th Street year-round," Atlanta Mayor Kasim Reed said.

The intersection is located in Atlanta's Midtown neighborhood, which is recognized as a hub for the LGBT community.

"It is fitting that such an important and recognizable place should feature the rainbow flag," Reed said.

A temporary rainbow was painted at the crosswalk during gay pride 2015, but after more than 20,000 people signed on in support - including Reed and Atlanta City Council President Caesar Mitchell - the city will make the rainbow crosswalk permanent.

The June 12 announcement came on the anniversary of the Pulse nightclub shooting in Orlando, Florida.