Thousands march and rally in Chicago, across US for LGBT rights under Trump 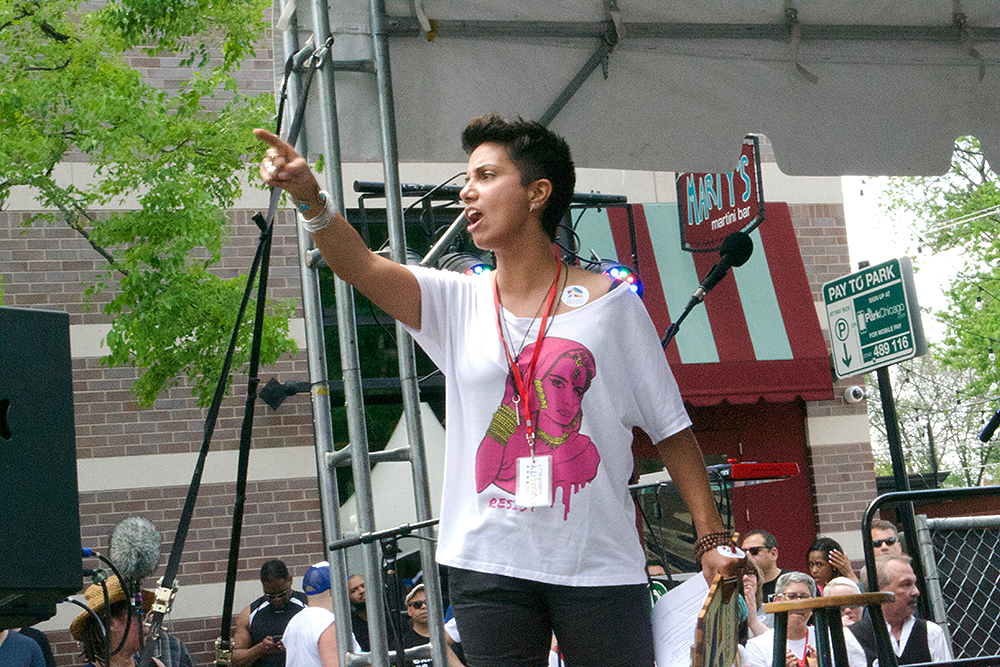 Chicago Equality Rally speakers call for unity: ‘Let us be reminded that our strength lies in our unity’

Chicago, IL - Chicago's LGBT community and allies held an Equality Rally at Andersonville's Midsommafest Sunday, as thousands of LGBT rights supporters marched and rallied in Washington D.C., Los Angeles and dozens of other U.S. cities, in one of the biggest protests since President Donald Trump took office.

Many of the those participating said they felt the LGBT community was under threat by the Trump administration, which is led by some of the most vocal opponents of LGBT rights, all of whom oversee policies that affect all Americans, including gay, lesbian, bisexual and transgender Americans.

"We are in a place in our culture, our country, our world where we all need to not be divided by anything," actor, writer and producer Fawzia Mirza told hundreds of people gathered in Chicago. "We all have got to come together because that man who is representing us right now [Trump] does not represent a single person on this street or in this city."

Mirza emceed Chicago's rally from the Pride Stage at Midsommarfest in the Andersonville neighborhood.

"Let us be reminded that our strength lies in our unity," Hunt said. "We have all been woken up to how fragile freedom really is."

Draped in rainbow flags and colorful costumes, people from across the country stood as one and marched for equality, unity and pride.

In Los Angeles, the Resist March replaced the annual L.A. Pride Parade as nearly 100,000 people marched through the streets.

"The mission is to march in unity with those who believe that America's strength is in its diversity," organizers said in a statement. "Not just LGBTQ people but all Americans and dreamers will be wrapped in the Rainbow Flag with unique, diverse, intersectional voices gathering together."

Waters led the crowd in a chant of "Impeach 45."

The roughly 100 marches and rallies across the U.S. were held in solidarity with the Equality March for Unity and Pride in Washington, D.C., where thousands of marchers paraded past the White House and toward the Capitol carrying rainbow flags and colorful signs.

"This is what democracy looks like," chanted the crowd as it marched to the National Mall.

Each event on Sunday honored the victims of the tragic Pulse nightclub shooting. Monday marks one year since 49 people were killed and 53 others wounded inside the gay nightclub in Orlando.