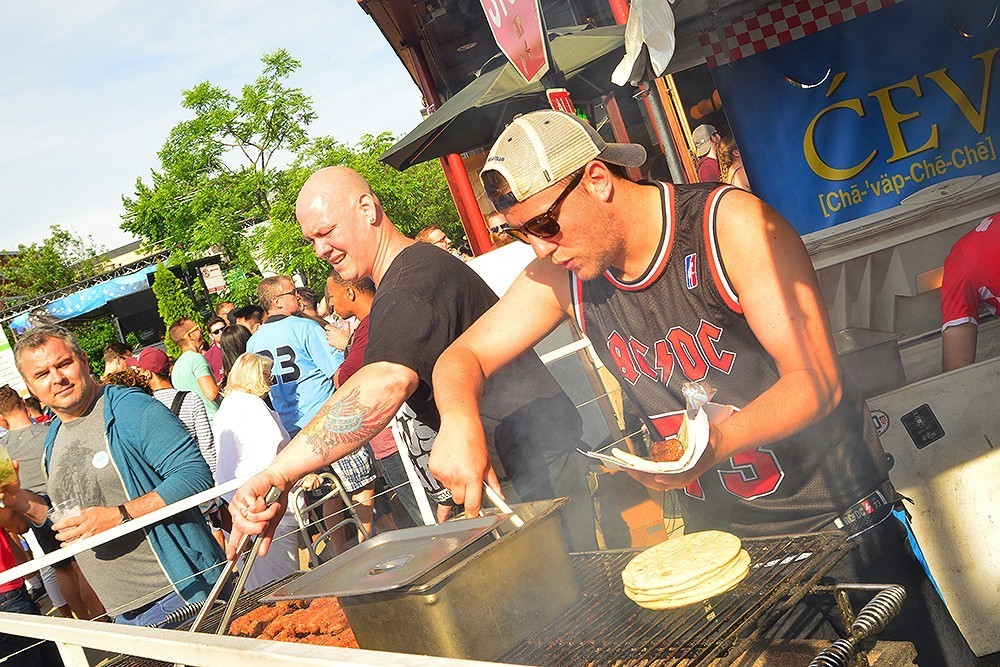 Chicago, IL - Midsommarfest returns to Andersonville for its 52nd year this weekend, bringing with it two days and three nights of music and shopping, food and drink to help kick off the Chicago summer neighborhood street festival season.

Last year's event drew an estimated 50,000 people to the six blocks of Clark Street between Foster and Catalpa that make up the heart of this far-north neighborhood, known for its Swedish heritage and current identity as a more relaxed alternative to Boystown.

The street festival opens Friday, June 9 from 5 p.m. to 10 p.m. with one stage for music - including 16 Candles at 8 p.m. - and a smaller selection of booths and vendors located along Clark Street between Catalpa and Balmoral.

The Pride Stage, anchored by local, gay-owned businesses, returns to the corner of Clark Street and Balmoral Ave. and includes entertainment from DJs Laura B., Jorge and Moose, plus the Best of Maryoke hosted by Kevin Florian on Saturday at 3 p.m.

On Sunday at 11 a.m., Chicago's LGBT community and allies will gather at the Midsommmarfest Pride Stage for the Chicago Equality Rally in solidarity with the Equality March for Unity and Pride in Washington, D.C.

Actor, writer, and producer Fawzia Mirza, Brian C. Johnson of Equality Illinois, and LGBT activist Candace Gingrich among those scheduled to appear at the rally, which is being organized by the Andersonville Chamber of Commerce with assistance from community partners.

Admission to Andersonville Midsommarfest is a $10 suggested donation, with proceeds benefiting the work of the Andersonville Chamber of Commerce. In addition, the group will give $1 from each individual gate donation on June 11 to three Illinois-based organizations: Center on Halsted, Equality Illinois and Ava's Change4Youth.