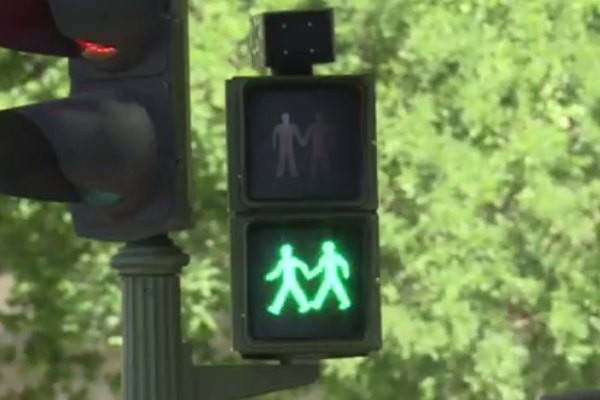 Some of the lights replaced a figure of a man with that of a woman, while others feature couples. City officials said the signs foster gender and sexual equality.

The lights started going up on Monday as the city prepares to host WorldPride from June 23 to July 2. The 10-day touring LGBT Pride festival will coincide with the 24th annual EuroPride, which is hosted by a different European city each year.

New York City will become the first U.S. city to host WorldPride in 2019 as part of the 50th anniversary of the Stonewall Uprising, the 1969 riots credited with sparking the modern gay rights movement.