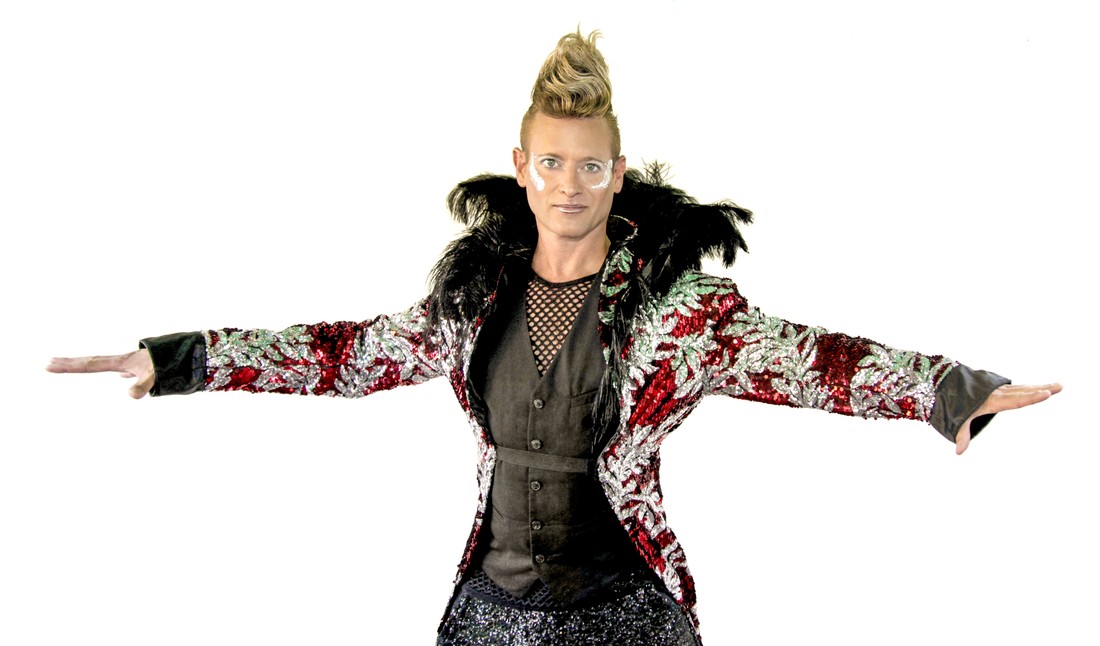 Patrik Gallineaux has a high-energy, glitter-filled life as the North American LGBT Manager and Ambassador for Stoli Group, a role that expanded across the U.S. since 2009 when he worked only in North California.

Gallineaux, in 2009, already had 20-years of experience working in the nightlife and spirits promotions industry, including several years of part-time management. He wasn't planning to make the Stoli jump a career, but that quickly changed. "The fact that Stoli really has been my personal favorite bar brand since 1996, and because Stoli has such a rich history and showed me exceptional authenticity as a company (in) support for my community ...well, that six-month initial contract has now stretched to over 7 years."

Gallineaux helps manage the image of the Stoli brand, produces the annual Stoli Key West Cocktail Classic, and more. "One of the elements of the job that has been a key factor for me is, the opportunity on behalf of Stoli to give back to some amazing philanthropic organizations on a regular basis," he said.

And everything in his wild adventure of a life isn't always around alcohol-fueled shenanigans.

Take, for instance, the global conference in Spain last September, when he spoke on "The Importance of the LGBT Community." He was given 20-minutes to speak in depth about the LGBT community to representatives from dozens of countries around the world.

He also, on May 6, watched the Diversity Honors Award presented to Stoli CEO Patrick Piana from the Harvey Milk Foundation.

Gallineaux was a producer, creator of "Dancing with the Drag Stars" from 2009-2011; he was on the GLAAD Leadership Council from 2012-2014; and is a board member at the Richmond/Ermet Aid Foundation.

His stylish, over-the-top, sequin-filled look on the Stoli front is, admittedly, often inspired by his days as a professional ballroom dancer.

Gallineaux spent 10 weeks on the road this spring prepping for the Stoli Key West Cocktail Classic, which runs June 7-11.

"I often say that I am not a mixologist, but I play one on TV. I am a bit of a 'jack of all trades' in that I have proudly held jobs within restaurants, nightlife, and catering as a busboy, bar back, waiter, and indeed bartender. I think everyone should be required to work in the service industry for at least a short period of time; I definitely gained valuable skills of organization and managing stress in fast-paced environments that I know have contributed to my current role. But as far as bartender skills, I am terrible at consistency in pours, which makes me appreciate the amazing Bar Stars I am privileged to see onstage at our Stoli Key West Cocktail Classic events; I learn new things all the time."

The list of 17 regional bartending champions participating in the fourth-annual Stoli Key West Cocktail Classic includes Chicago's own Calvin Drent, the night manager and a bartender at Sidetrack in Chicago's Boystown neighborhood.

Drent, 33, who lives in Rogers Park, will be competing to create an original Key West cocktail that reflects the island's creativity and spirit. He has worked at Sidetrack for five years after moving to Chicago from his native Grand Rapids, Mich.

The first-prize mixologist is named honorary grand marshal of the 2017 Pride Parade and receives $12,500 for charity — $5,000 for a Key West charity and $7,500 for the winner's hometown charity of choice (Howard Brown Health).

"The fact that there have always been leaders in place within Stoli who authentically support the community beyond just a desire to drive sales has always impressed me," Gallineaux said. "If someone needs to know something they usually ask, and while of course most businesses today understand the power of the 'pink dollar,' there is a big difference between just pandering to us and showing some real leadership."

Gallineaux said Chicago is one of his favorite tour cities, "and Sidetrack has been a part of the Stoli Key West Cocktail Classic since day one. (The folks at Sidetrack are) real pros and a pleasure to work with; this year was no exception."

Gallineaux said Drent has "an excellent chance" of shining in Key West.

Gallineaux will be in Los Angeles in mid-June to celebrate The Advocate's 50th anniversary, followed by a week of events in New York City in conjunction with its Pride. "After that, I spend the rest of the year working on other partnerships and visiting new markets I have not yet had a chance to officially spend time in," he said. "There are an awful lot of great cities out there that get overlooked and I want to visit and support them."

Drink-of-choice At A Bar: Stoli gluten-free Martini up, with three blue cheese-stuffed olives

(Complete the sentence): Many Will Be Surprised To Know That I ..."had a slap-fest with Boy George at The Limelight in London in 1993."