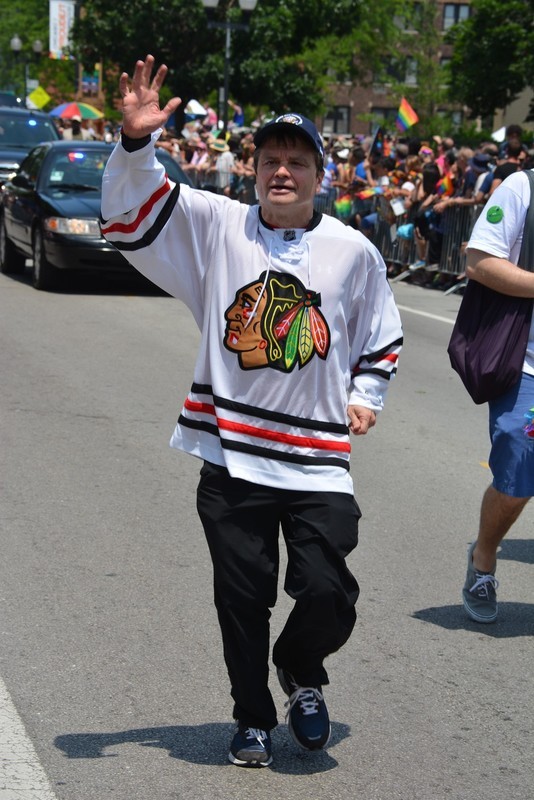 "I am excited to stand with the LGBTQ community to celebrate Pride Month and how far we've come in the fight for equality, while also recognizing the need to reenergize for the work that remains ahead. As a long time ally, it's a privilege to continue this fight on Capitol Hill, where I represent my LGBTQ constituents and those across the country by pushing for policies that protect their rights and opportunities as Americans.

"This past Monday, I was proud to celebrate Memorial Day with the American Veterans for Equal Rights in dedicating a monument in the Fifth District celebrating the brave contributions of our servicemembers defending the rights of all Americans. Last month, I was pleased to join 194 of my House colleagues in reintroducing the Equality Act, comprehensive civil rights legislation that will provide nondiscrimination protections for LGBT people all across this country. Additionally, the Transgender Equality Task Force, of which I am a founding member, continues to educate other Members of Congress on how legislation uniquely impacts transgender people. Recently, I was elated to celebrate the 7th Circuit Court of Appeals in Chicago's ruling that the 1964 Civil Rights Act also protects LGBT employees from workplace discrimination, the first time a federal appellate court has arrived at that long overdue conclusion.

"All Americans—regardless of sexual orientation or gender identity—deserve to live as their authentic selves, free from danger and discrimination. In the face of cruel and close-minded proposals from the Trump Administration that would undo much of the progress we've made, I remain committed to advancing efforts that will foster understanding and tolerance. This month and every month, I will highlight the remarkable contributions made by the LGBTQ community and stand with them in their fight for true equality."