'Rent' will be Fox's next live musical 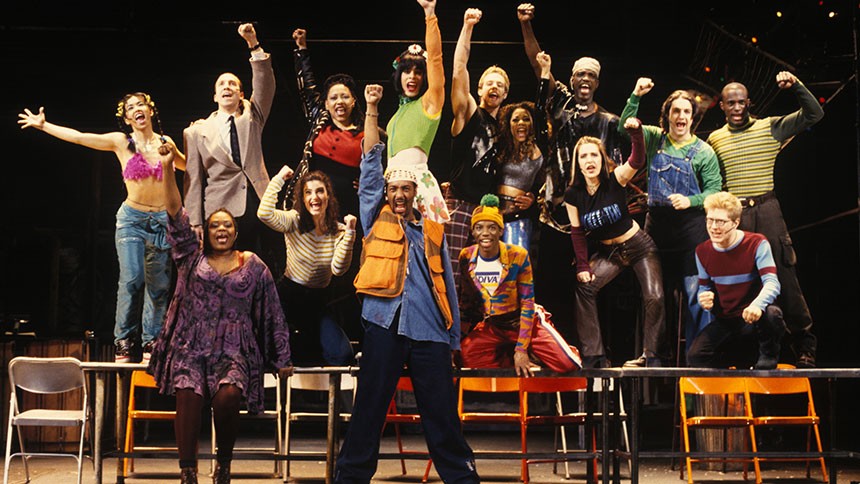 The rock musical, loosely based on La Boheme, is being adapted for television by Marc Platt — who worked on Fox's Grease: Live musical, La La Land and Wicked.

"We are so honored to partner with the estate of the brilliant Jonathan Larson and producer Marc Platt on one of the great musicals of our time," Dana Walden and Gary Newman, chairmen and CEOs, Fox Television Group, told Variety. "The title is so iconic, the music is so beloved, and the themes are as meaningful today as they were when the show first premiered on Broadway.

Rent tells the story of seven young artists struggling to survive and create a life in New York's East Village in the days of the Bohemian Alphabet City and under the shadow of HIV/AIDS.

The Pulitzer Prize-winning play was created by Larson, who died suddenly before Rent opened off-Broadway in 1996 and then moved to Broadway. Rent won Tony Awards for best musical, book of a musical and original score.

More details and casting will be announced later. No premiere date has been set for Rent. Fox is also planning A Christmas Story live musical for Easter 2018.