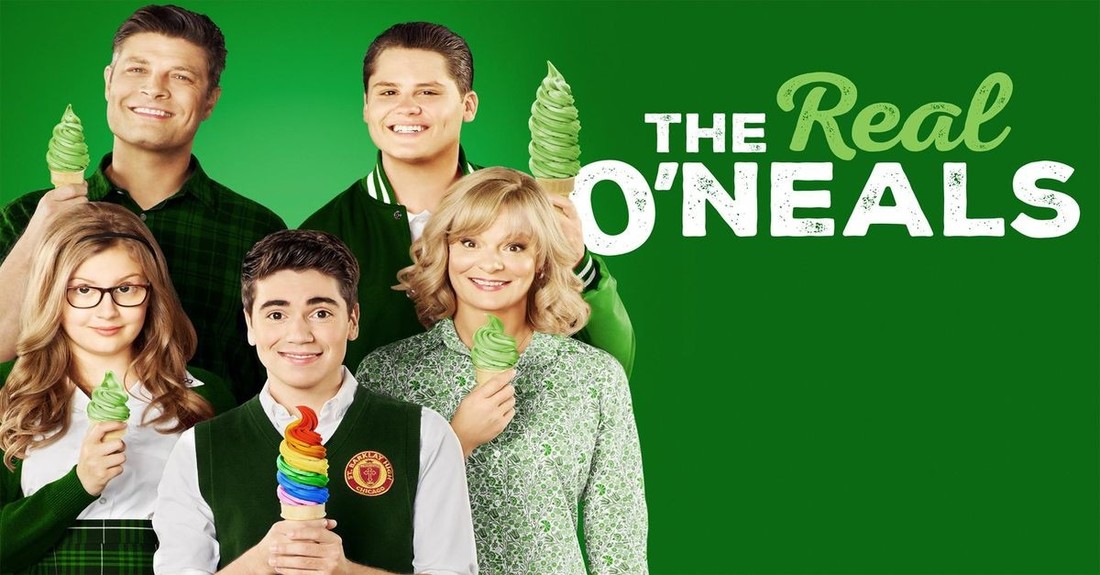 promotional item for the real o'neals

photo credit // abc.com
New York, NY - ABC has announced that it will be cancelling LGBTQ-friendly sitcom The Real O'Neals, according to TVline.com.

The show tackled the experiences of the O'Neal family, a traditional Catholic household dealing with divorce and learning to accept their gay son Kenny, played by Noah Galvin.

TVline reports that the show was ABC's least-watched comedy, drawing a paltry 3.1 million viewers a week as it wrapped up it's second season in March.

In a statement posted on Twitter, Galvin gave his goodbye to The Real O'Neals. "I will be forever grateful to every single person who worked on our show," he wrote. "The bond our cast has is unrivaled."


The show had drawn the ire of religious organizations who were uncomfortable with the show's inclusive and religious message. Catholic League President Bill Donohue was overjoyed by the cancellation.

"The Catholic League has finally won, albeit regrettably late," he said. "We went after advertisers, we dropped a few of them, we gave them some bad PR, and hopefully blackened up that snow-white image of Disney. It's a good day."

He also compared Dan Savage, one of the show's executive producers to David Duke, a leader of the KKK.

According to IMDB, the show was loosely based on Savage's life. Savage, like Kenny, grew up as a gay kid in a devoutly Catholic Irish-American family with his father working as a Chicago cop, and his parents divorcing.