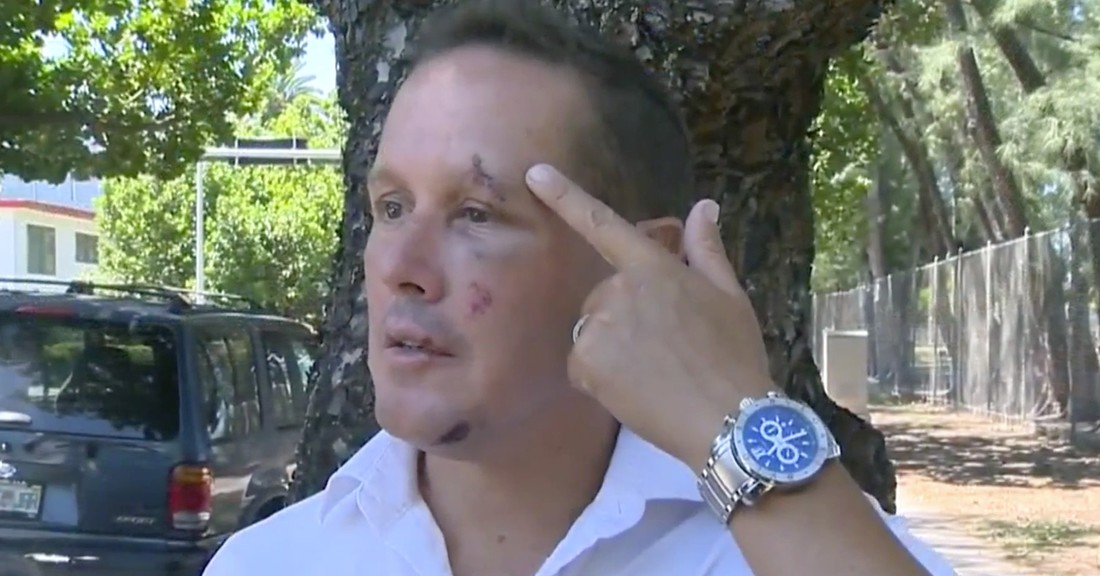 Miami, FL - A gay Florida man said he was beaten and called gay slurs while walking his dog in South Beach Friday.

Kenneth Wilcox, 45, told police he was walking his dog around 5 p.m. Friday in South Beach when two men walked by him and said, "You're a fucking faggot." He said one of the men then grabbed him from behind and punched him in the face and all over his body.

"We're here to kill all faggots and it's your day to die," Wilcox recalled one of the assailants said to him.

Wilcox told police that he passed out and then regained consciousness three hours later. He laid on the ground for hours before someone called for help.

"I find it more disturbing that we live in South Beach, a town, not a city, and people still aren't willing to stop and help," he told WFOR-TV.

When Wilcox went to the hospital on Saturday, he was told that he had internal bleeding, fractured ribs and a concussion.

"There's no question in my mind that it was a hate crime," Wilcox told the Miami Herald.

Police have labeled the incident as an "aggravated battery investigation."