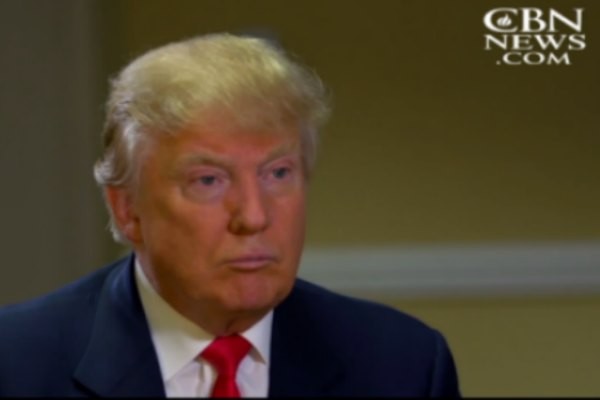 Washington, D.C. - President Donald Trump is expected to sign a so-called religious freedom executive order at an event at the White House on Thursday.

According to Politico, Trump has invited conservative leaders to attend what is expected to be the ceremonial signing of the order.

A leaked draft of the order first reported by The Nation would protect persons and organizations that oppose marriage equality and abortion rights and believe that a person's sex is determined at or before birth.

A source who has seen the text of the order told Politico that the language is "very, very strong."

Chad Griffin, president of the Human Rights Campaign (HRC), the nation's largest LGBT rights advocate, called the rumored order "unconstitutional" and "nothing more than a license-to-discriminate order that puts millions of LGBTQ people at risk."

"There is no religious freedom crisis in America today, but there is a crisis of hate and discrimination. At a time when two-thirds of all LGBTQ people report having experienced discrimination, Donald Trump is making the problem worse by giving legal cover to perpetrators. By even considering this discriminatory order he has broken his promise to be a president for all Americans," Griffin said in a statement.

The American Civil Liberties Union (ACLU) said that it was prepared to challenge the order in court.

Thursday is the National Day of Prayer.