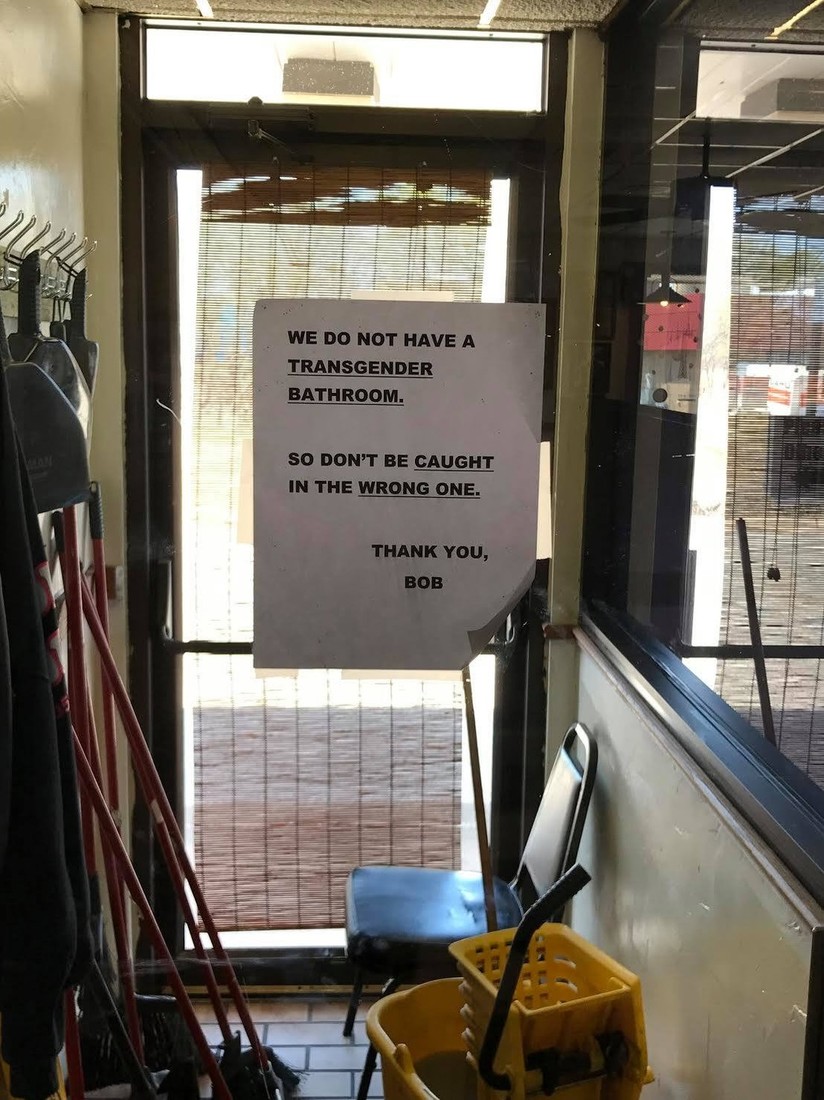 Restaurant warning: 'We do not have a transgender bathroom. So don't be caught in the wrong one.'

Oklahoma City, OK - A controversial sign at a restaurant in Oklahoma City is raising concerns.

For about 10 months, a sign has been posted at the Steak and Catfish Barn that tells patrons they do not have a transgender bathroom "so don't be caught in the wrong one."

Restaurant owner Bob Warner told television station KFOR that the sign is a warning, not a threat.

"We have a lot of redneck guys that come in here," Warner said. "Truck drivers and everything. They're big husky guys and I said, 'man alive!' If their wife or their little girl walked in that bathroom and a man followed them in there, I wouldn't have a restaurant."

"You've got this sign implying a threat of potential violence against somebody for going to pee," Troy Stevenson of Freedom Oklahoma told KFOR. "That's not the Oklahoma standard. That's not what it means to be American. That's just wrong."

FBI statistics show an uptick in violence motivated by gender identity bias. According to the Advocate, 27 transgendered people were murdered in the past year alone.