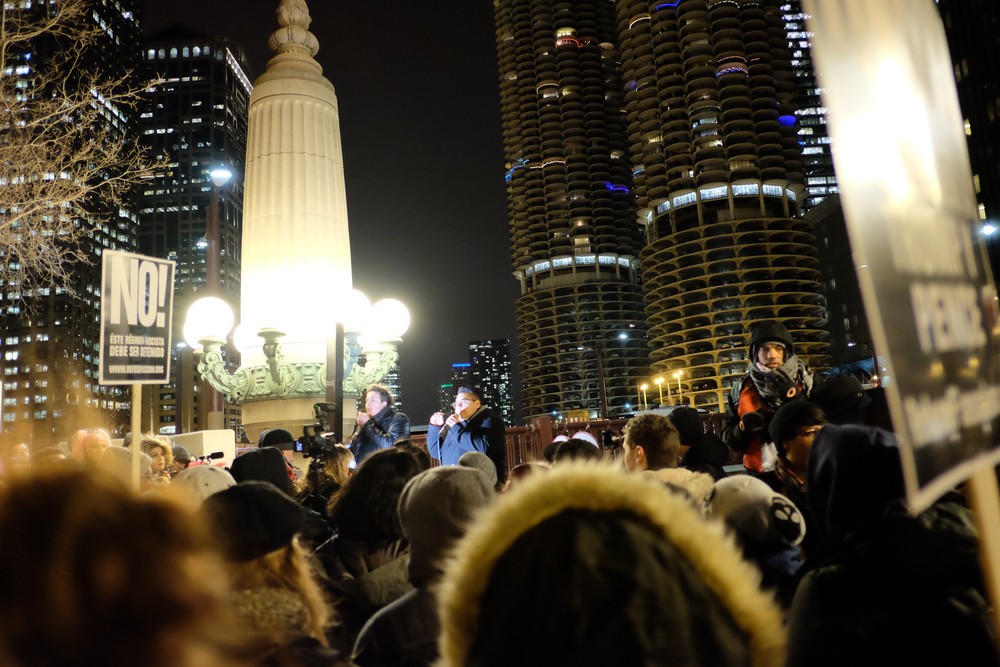 photo credit // jan christian bernabe
view the full gallery
Chicago, IL - Large crowds of over a thousand people demonstrated and marched in downtown Chicago on Friday, March 3 as part of the Trans March for Liberation in support of people who are transgender—including a transgender woman fatally shot on the South Side last month.

The event organized by the Trans Liberation Collective began with a rally at Wacker and Wabash, near the Trump Tower.

"[We] decry the heinous actions of the Presidential Administration in targeting trans students, who are some of the most vulnerable members of our community," collective member Stephanie Skora told the crowd. "We will not be hoodwinked by propaganda and other falsehoods; trans people know that 45's directive to the Department of Justice and the Department of Education does not change the reality of our rights under the law."

Skora also recognized the eight trans and gender nonconforming individuals who have been murdered in the United States in 2017, including Keke Collier, AKA Tiara Richmond, who was murdered in Chicago's Englewood neighborhood on Feb. 21.

The march, which closed a number of downtown streets including State St., concluded with a candlelight vigil at Chicago's Federal Plaza.