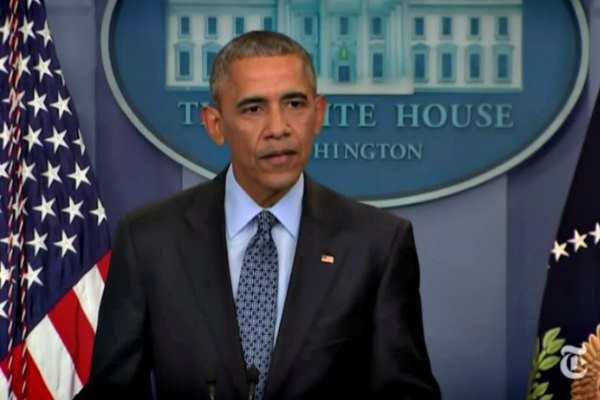 During his final news conference from the White House, President Barack Obama reflected on the gains made by LGBT activists during his presidency.

"I could not be prouder of the transformation that's taken place in our society just in the last decade," Obama told reporters. "And, [as] I've said before, I think we made some useful contributions to it, but the primary heroes in this stage of our growth as a democracy and a society are all the individual activists and sons and daughters and couples who courageously said, 'This is who I am and I'm proud of it.'"

"I don't think any of that would have happened without the activism, in some cases loud and noisy, but in some cases just quiet and very personal," Obama said. "And I think that what we did as an administration was to help the society to move in a better direction, but to do so in a way that didn't create an enormous backlash and was systematic and respectful of the fact, you know, in some cases these issues were controversial."

Obama added that the changes were durable and likely irreversible by the incoming administration of President-elect Donald Trump, whose party is openly hostile to LGBT rights.

"The attitudes of young people, in particular, have changed," Obama said. "That doesn't mean there aren't going to be some fights that are important, legal issues, issues surrounding transgender persons. There's still going to be some battles that need to take place."