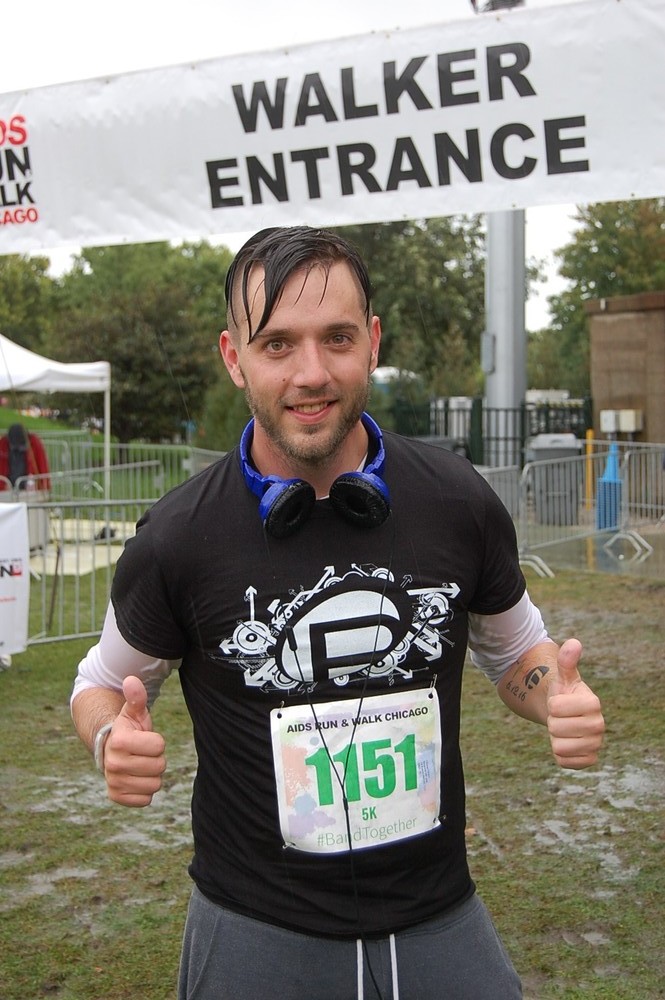 The annual event, one of the city's high-profile fundraisers to combat HIV/AIDS, took participants on a 10K run and 5K run and walk along Chicago's lakeshore, starting and finishing at at Soldier Field.

Inspired by the kaleidoscopic effect of last year's athletes donning COLORbands (elastic bands that can be worn by participants in a number of ways), this year's run and walk center around the estimated 2,500 participants banding together to end new HIV infections and support those living with HIV and other chronic illnesses.

WGN-TV's Dean Richards served as the master of ceremonies for the Saturday morning's festivities, which will include a brief speech by AIDS Foundation of Chicago President and CEO John Peller.

After the race, runners and walkers viewed the stoic AIDS Memorial Quilt panels on display, and many in attendance participated in free HIV screening.

Donations to AIDS Run & Walk Chicago will be accepted through the end of the year. To donate or learn more, visit aidsrunwalk.org or call 312-334-0946.