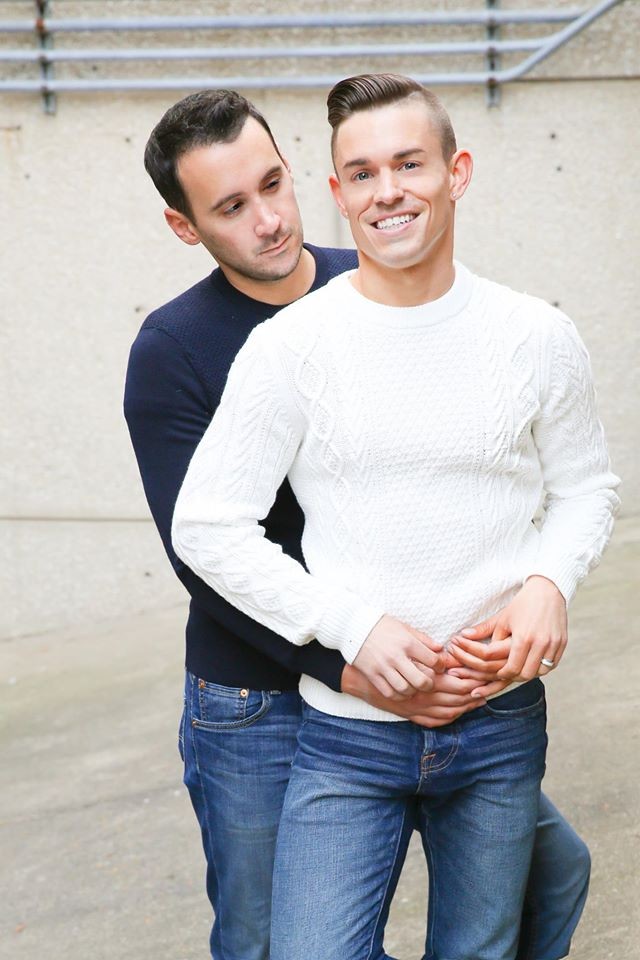 Patrick Murphy ran the Frank Lloyd Wright 5K Race in Oak Park in 2005, marking his first-ever running race. He's been hooked on long-distance running – much longer distances – ever since.

"There's just something about a race morning atmosphere that can't be replicated at any other moment of the day. It's a lot of energy and socializing with great people (who) wake up early with (same) purpose for the day. It is very surreal every time."

Murphy, 29, who grew up in suburban Batavia and now lives in Chicago's Lakeview neighborhood, has since run countless 5K (3.1 miles) races, seven half-marathons (13.1 miles each), and three full marathons (26.2 miles).

This fall, he's upping his game big time, as Murphy will run in both the Bank of America Chicago Marathon on Sunday, Oct. 9, and then four weeks later in the TCS New York City Marathon.

Running, mind you, was not his first-love, nor the sport he dreamed would carry him to Olympic glory. Instead, he was a competitive gymnast growing up, but when injuries pushed him out of that sport, he transitioned to running recreationally while in college.

Now he's tackling two of the six world major marathons in a 28-day span. He's excited, but nervous, too.

"I hope my strength and training will keep me healthy enough to perform well in both races," Murphy said. "New York has been on my bucket-list for a long time, so I'm proud for finally attacking this goal. The thought of running in New York was a no brainer for me. New York and I have a fond relationship, (as) some of my best memories with friends take place in this great city. For a while, New York felt like a second home, as I was visiting so frequently.

"The energy, the hustle and bustle of New York City is exciting."

Murphy's work certainly will help him tackle both upcoming 26.2-mile obstacles. He is the Studio Manager at Orangetheory Fitness in Logan Square.

Murphy is engaged to Anthony, who is a trade show manager at McCormick Place, though Anthony is more of a casual, shorter-distance runner.

"I try to put myself in the zone while running, however there are three main distractions that run through my mind while running," Murphy said. "(First) is focusing on the person in front of me, as each runner represents a target that I need to surpass before moving on to the next person. It's a little mind-game that helps push me through the race. The second thought is usually what part of my body is in pain and how can I try to ignore it. The third thought is me trying to focus on Beyoncé lyrics playing in my ears."

Murphy has to listen to "hard beats and energy" while running, which often means EDM, Britney Spears or Beyoncé.

"My first priority (for New York) is to finish unscathed and injury-free. If I (finish) in 3-hours and 45-minutes, I will be ecstatic. If I don't, I will still appreciate the experience."

Murphy's training this summer has included shorter-distance races, mostly for the motivating medals at the finish line.

And when he crosses that finish-line in New York, Murphy admits, "I may just cry."

Murphy is running this year for Team To End AIDS (T2), the endurance-training program that benefits the AIDS Foundation of Chicago (AFC). His goal is to raise $2,500.

"Supporting the Team to End AIDS was an obvious choice as it's relevant among our community," Murphy said. "Living in Boystown, it is important for me to give back to the research of an epidemic that is still prevalent today.

"The LGBT community has been an aid in some of my training. Anthony and I, for instance, ran the Proud to Run Race (in June), and running through the streets of Boystown during the Chicago Marathon is one of the most exciting parts of the route. The cheering and endless support of the community are like nothing else."

To donate to Murphy's fundraising for AFC, go online here.