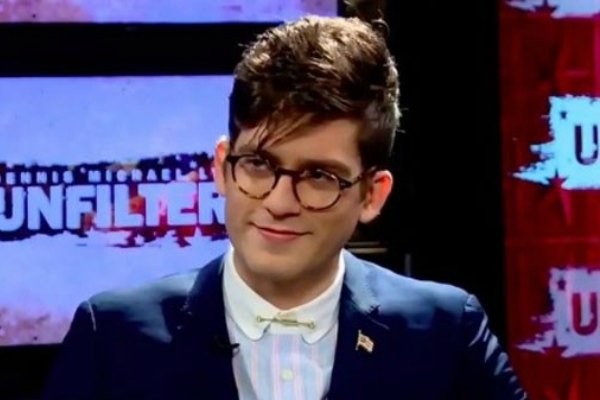 During a radio appearance, Lucian Wintrich, the New York City-based photographer, said that an increasing number of twinks, which he defined as "skinny," under 25 gay men, were supporting Donald Trump for president.

On The Ryan Kelley Morning After, Wintrich admitted that a "good handful" of his models were not Trump supporters but were participating to make a "cultural statement." When pressed for a number, Wintrich said that there were "more [twinks] than you would imagine" supporting Trump.

"A lot of twinks have reached out to me and said, 'Well, I didn't know there were more of us,'" Wintrich said. "They're out there. They exist."

"What is it about Donald Trump's policies that these twinks like so much?" Wintrich was asked.

"First of all, he's a wonderful, strong daddy figure and every twink loves that," he answered.

"If you really look at his gay policies, versus Hillary Clinton, he is better not only for Americans in general but for gay people," Wintrich claimed. "Hillary Clinton's looking at a 500 percent increase in Syrian refugees. ...And Donald Trump's going to put a stop to that."

Trump has made a similar argument, claiming that he's a better friend to the LGBT community than Clinton because he'll keep all Americans safe. On Monday, he proposed an "extreme vetting" immigration policy that would keep out radical Muslims who support the death penalty for sexual minorities. The Clinton campaign accused Trump of pandering to the LGBT community, rhetorically asking, "How can Trump put this forward with a straight face when he opposes marriage equality and selected as his running mate the man who signed an anti-LGBT law in Indiana?"

Wintrich, however, insisted that Trump would block immigrants who "ideologically oppose gay people."

When asked whether it was possible that some of the Syrian refugees were actually "hot twinks," Wintrich jokingly answered that that was "a risk we might have to take."

He added that his "homoerotic photography" would help Trump clinch the White House.