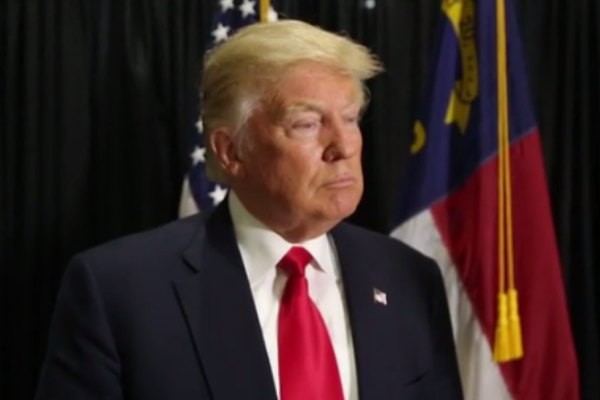 Several outlets are reporting that Republican presidential nominee Donald Trump will speak at an event alongside numerous anti-LGBT activists.

The Christian Broadcasting Network and Bloomberg News reported that Trump will speak at an event sponsored by the American Renewal Project.

The two-day event, to be held in Orlando on the second month anniversary of the mass shooting in an Orlando gay nightclub, is part of the conservative group's "Rediscovering God" campaign, Right Wing Watch reported.

Florida Senator Marco Rubio is also scheduled to speak at the event.

In addition to Trump and Rubio, speakers at the conference include Mat Staver of Liberty Counsel, David Lane of the American Renewal Project, self-described historian David Barton, Pastor Ken Graves and Religious Right activist Bill Federer, all of whom strongly oppose LGBT rights.

Staver and his group are best known for representing Kentucky clerk Kim Davis in her legal attempt to block her office from issuing marriage licenses to gay couples after the Supreme Court's 2015 ruling that ushered in nationwide marriage equality.

"Instead of honoring the memory of those we lost at Pulse two months ago, Donald Trump and Marco Rubio have come to Orlando to headline a gathering of some of the nation's most incendiary anti-gay bigots. We at the DNC join all people of good conscience in expressing our solidarity with the Orlando LGBT community as they continue to grieve the deadliest shooting in American history. We suggest Trump and Rubio disavow these anti-gay extremists who have likened gay people to Nazis and characterized HIV/AIDS as divine 'penalties' for being gay. Failing to do so will be yet another example of the utter lack of judgment that makes Trump unfit to serve."