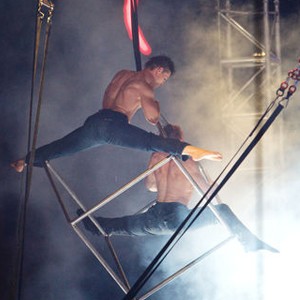 photo credit // martin kristiansen
At the World Outgames' second outing in Copenhagen events will focus on political activism and gay culture almost as much as sport while organizers remain hopeful they'll break even.

Outgames will draw thousands of gay, lesbian, bisexual and transgender athletes from dozens of nations to Denmark's capital starting Saturday to compete in more than 30 events, including a triathlon and handball but also less traditional sports like line dancing.

Over 100 countries will be represented during a parade of nations Opening Ceremony to be held at City Hall Square in the heart of the city – a venue traditionally reserved for Danish royalty and national sports heroes.

Copenhagen is The Second City to host Outgames after Montreal. Canadian organizers won the bid to host Gay Games in 2006, but disagreements between the Federation of Gay Games and Montreal organizers eventually led to the decision to hold the games in Chicago, and Montreal moved forward with its own plans. Outgames 2006 was a financial disaster, primarily because most athletes had already signed on to participate in Gay Games. Private investors and the Canadian government lost more than $5 million after the organizing committee filed for bankruptcy.

Montreal organizers wanted to inject more gay culture and politics into the 9-day event, something Outgames 2009 has embraced with the motto "Freedom to love, love of freedom," and a large emphasis on gay politics.

"The Outgames actually is a very holistic event," Outgames director Uffe Elbaek told gay monthly The Advocate. "The human rights conference speaks to your mind; the cultural and artistic program speaks to your heart; and the sports speak to your body. It really is a three-dimensional event, and we could not have done the World Outgames without any one of the three elements. It's a very interesting mix of mind, body and heart. The Outgames will be an emotional roller coaster of being LGBT person."

Outgames will host a huge conference on gay and lesbian rights sponsored by Amnesty International and IBM.

"It is important for Copenhagen that issues concerning homosexual rights and tolerance can be discussed without prejudice," said Lars Bernhard Jorgensen, CEO of Wonderful Copenhagen, in a statement. "World Outgames enables us to pay tribute to the diversity and openness that is such an innate part of the city."

And as Denmark celebrates the 20th anniversary of legally recognized civil unions for gay and lesbian couples, a mass blessing has been arranged at Copenhagen Cathedral offering gay couples special recognition by the church.

All this sport, culture and activism arrives as the worldwide economic crisis slogs on, leaving organizers to worry about the bill.

"There are about 2,500 fewer [registered participants] than [the 8,000] we were hoping for, but, seeing the spectrum of the financial crisis, I think it's really, really good numbers," Elbaek said Wednesday.

"Overall I'm very happy about the event," he added.