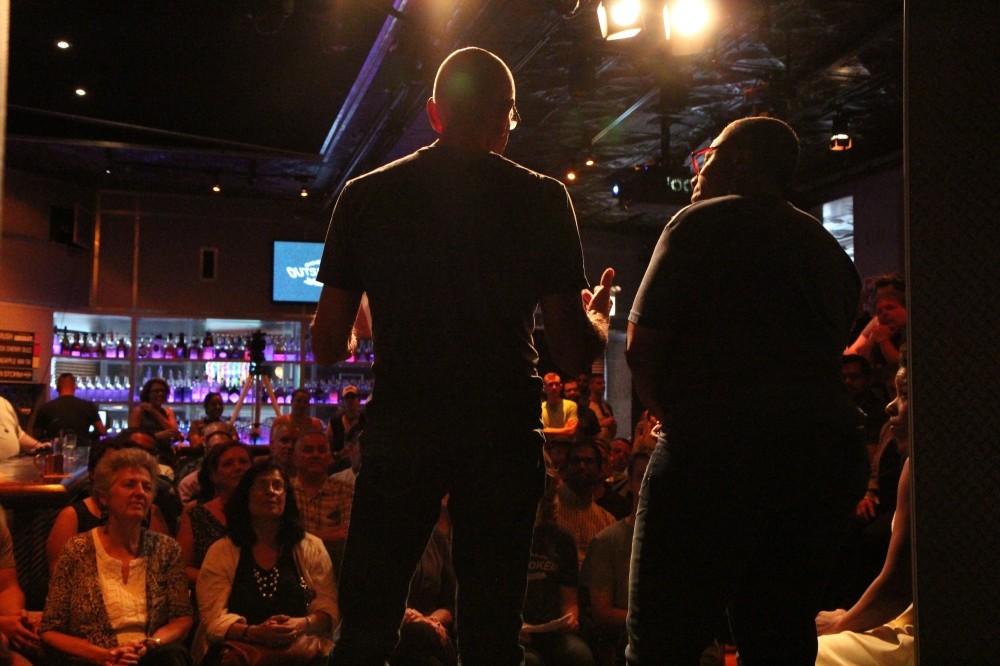 "OUTspoken! allows audiences to get an intimate glimpse of people they may or may not interact with on a daily basis," Sidetrack general manager Brad Balof told ChicagoPride.com. "Creating a diverse line-up of speakers allows for a dynamic evening of storytelling (and) audiences frequently realize that we are all not that different from each other."

OUTspoken! launched on Aug. 5, 2014, and the first round of speakers was Patrick Gill, Kim L Hunt, Jim Bennett, Katie Prout, Kareem Khubchandani, and Tracy Baim. "There was a great energy (at the inaugural OUTspoken!), like the audience knew that this event was something special," said David Fink, who is the co-founder of Acorn Theater in Three Oaks, Mich., and serves as the curator for OUTspoken!

The event is emceed by Kim L. Hunt, the executive director of Pride Action Tank; and Sidetrack co-owner Art Johnston.

Fink, Hunt and Johnston were the original organizers for OUTspoken! and Balof said that, over the past two years, the event has "remained true to (their) vision." In fact, Johnston said the stories, storytellers and audiences "are better that we could have hoped for."

Johnston added, "We have a great idea; a strong, dedicated team executing; and a diverse audience drawn from all parts of our community participating. The event continues to improve in quality/variety of both the stories and the storytelling."

"My favorite (OUTspoken!) stories usually are a mixture of humor and poignancy, (with the storyteller) recalling a very specific story (in) great detail. I could retell some of these favorite stories more than I can recall the specific speakers' names," Balof said.

Only a few storytellers have come back to speak a second time, and then it was about a different subject.

"The key is, we all have full rich lives," Fink added. "Talking about significant moments connects us. Although we may outwardly have little in common, as humans we all have a lot in common. Personal, true stories help remind us of these commonalities.