HIV-positive Chicagoan benefits from funds raised in the annual Ride For AIDS Chicago, cherishes his artwork 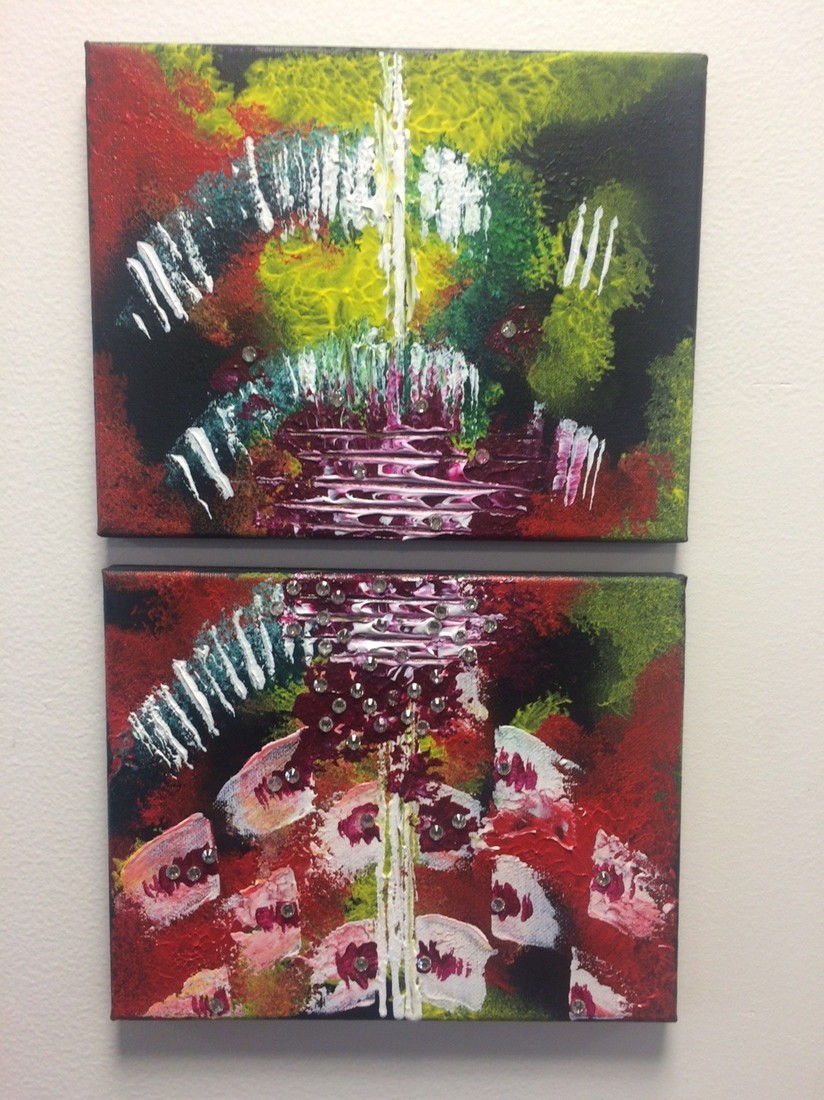 Five years ago, Mark Johnson reluctantly went to a doctor because he was feeling ill, suffering from a variety of symptoms.

"I had a gut feeling I was going to test positive, but I also knew it had to be more than that," he said.

Johnson did, in fact, learn he was HIV-positive – and he also learned of "an ominous-sounding diagnosis of PML, (which is) progressive multifocal leukoencephalopathy, a rare AIDS-related condition of the brain, caused by the JC virus, also known as the John Cunningham virus).

"Although the JC virus is very common in the U.S., the average person carrying it will never know and is unlikely to suffer any side effects – it can be activated when a person's immune system is compromised. The virus then can be carried into the brain, where it infects the white matter and attacks the cells responsible for making myelin, the protective coating that covers and protects nerve cells.

"PML affected the part of my brain that controls my right side. I was paralyzed. There were seizures, terrible cramping. I felt like my life was taken away from me."

Johnson, a Chicago resident, works in banking, though many know him as a performance artist, with a background in theater. He also enjoys painting, dancing, and choreographing shows.

Johnson was forced to stop working because of his illness. "I had to go on disability," he said. "I felt my life was taken away from me. I was in bad shape physically and emotionally. My father was ill at the time; he was in a walker. I didn't want that to be me."

But Johnson was determined to build up his strength. So he practiced walking again while in physical therapy and was achieving moderate success until new setbacks had him reeling – and all at once he got an eviction notice and his father passed away.

"It was the most horrible time of my life when I first came to TPAN," said Johnson, who admittedly was overwhelmed by the simple thought of navigating doctor appointments, medications, housing, paper-work, etc. He even needed assistance filling out forms for the AIDS Drug Assistance Program (ADAP).

Most of all, Johnson needed an advocate.

He couldn't write because he'd lost use of his right hand so he was referred to TPAN for case management. "I had known about TPAN, but was scared and nervous to go," he said. "I didn't want anyone to see me."

Ultimately, he mustered up the courage to get there and had an appointment with Bobbi, one of TPAN's case managers. "Right away Bobbi got my paperwork squared away, connected me to a wonderful therapist, and walked me over to the in-house medical clinic for a checkup," he said. "I was floored by how each staff member was in communication with one another about my care. Bobbi not only helped me get things done; she was a compassionate shoulder to cry on."

Flash-forward to 2016, over a tough, bumpy road, Johnson now boasts: "I know I'm not going to die because of HIV."

He credits his longtime partner, his mother, and his siblings for their unconditional love and support. Johnson has been working hard to regain some use of his right arm and is able to walk on his own. He has even taught himself to paint with his left hand and now has a solo show of paintings at the Lovely Café in Edgewater.

Johnson also has gotten a choreographer job at a small theater and has had two gallery shows within his church. "I'm an artist. I've had to deal with disability but I've accepted it now. If my story touches anyone - that matters to me," he said. "I got my life back. I want to give hope to others, especially to young people. Starting over has been a dream come true. TPAN could not have been a greater part of my life and success for my being alive."

The annual Ride for AIDS Chicago – a two-day, 200-mile bicycle ride, is July 9-10. The Ride is TPAN's largest fundraiser and aims to raise vital, unrestricted funds for TPAN and its Community Partners. Funds raised in the Ride go to assist Johnson and literally hundreds of others. "Mark is a great guy and one of the reasons (why) the Ride means so much to us to help clients like him," said TPAN CEO Patti Capouch.

Johnson joined TPAN's art therapy program this year and is thriving, making new friends and experimenting with various art materials and forms. Art therapy is a weekly group that provides participants with a safe and supportive setting to explore the creative process while producing art works and improving physical, mental, and emotional well-being. The group puts on a yearly exhibition; the 2016 show was at Las Manos Gallery in Andersonville.