Chicagoan recalls 'fun and energetic' Pulse Nightclub, where he worked from 2010-12 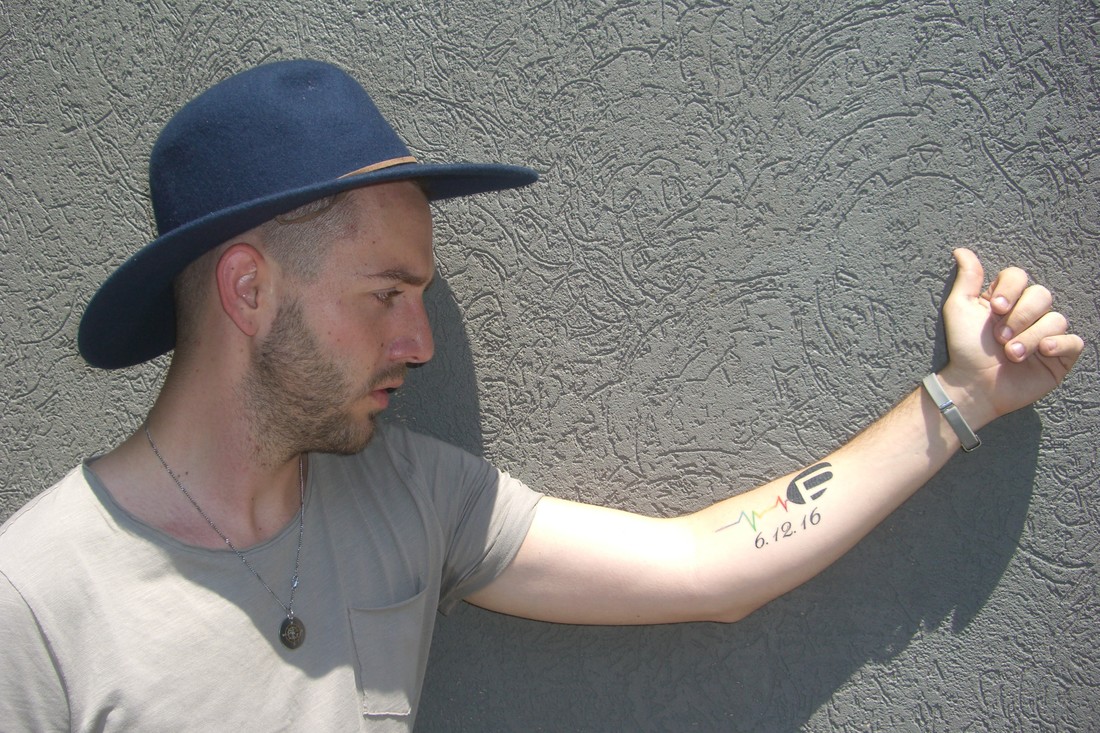 The tears have slowed, but not the sadness and sorrow – that never will for Chicago resident Benjamin Di'Costa, who now has a lifelong tribute to the tragedy at Pulse Nightclub in Orlando, Fla., during the early morning hours of June 12, when a gunman opened fire at the gay club, killing 49 and injuring 53.

Di'Costa's left forearm has a rainbow-colored tattoo, honoring his loving memory of the "fun and energetic" Pulse, particularly its patrons, both staff and guests, which was his working-home from 2010-12. He went with several friends in Orlando on June 16 to get similar tattoos, yet Di'Costa insisted on including a rainbow portion. "That was my way of coming out and saying (that) I'm not scared to be gay," he said.

"I think it's so beautiful how (the tattoo) came out."

After all four got their tattoos, they looked at their new ink, and all started crying

Di'Costa has lived in Chicago for about two years and is an HIV Prevention Coordinator.

He can't get Orlando out of his mind.

"It still feels surreal. I still see pictures – of the victims or the scene – and it still blows me away," he said.

Di'Costa, 25, held multiple positions during his stint working at Pulse, particularly dancer and shot drink-seller. "It was always fun going to work (at Pulse). I always looked forward to (seeing) the familiar faces, the music, and just escaping from the reality of the world for a little bit," he said. "Being gay, you often could experience discrimination and hate, yet Pulse was the one place where you could let it all go and feel accepted."

His memories of Pulse are endless. There were "so many" that narrowing to a few was a challenge. There was, for instance, his 21st birthday and the goofiness that that night included. Then there was a Tuesday night he still recalls when "Edge of Glory" from Lady Gaga started playing. "I remember all of us being so free, so happy – that (memory) has always lasted in my head. That probably was the first time that, as a gay man, I didn't feel scared," he said.

The innocence of Pulse was shattered on June 12, when a three-hour tragedy unfolded. The memory is ever-present for Di'Costa, who was at home, sleeping, when the shooting started.

He was scheduled to fly to Dayton, Ohio, to watch a drag pageant on that Sunday night. He woke up just before 2 a.m. Central Time, which was about an hour after the shooting started.

Di'Costa first thought it was because of a fire or some technical difficulty.

Then he saw a series of messages if people were OK, and then that there had been shots fired at Pulse.

He tuned in an Orlando TV station, which was live streaming from the scene.

That's when he saw people getting carried out of the club, "and they were faces that I knew," he said. "I went numb."

At about 5 a.m. Central Time, after the gunman had been killed, Di'Costa was at Chicago O'Hare International Airport, and he started getting calls from Florida media to see if he knew anything.

When he landed in Ohio, he heard the initial police report of about 20 killed.

By the time he checked in to his hotel, that tally was at 50.

"I still couldn't feel anything; I was numb," said Di'Costa, whose first worry was about his ex-boyfriend, who was a regular at Pulse's Latin Night.

Di'Costa learned he was OK, which gave him a brief sigh, but being by himself in a hotel room, he admittedly had "one of the most helpless feelings" of his life.

That Sunday night, Di'Costa went to the pageant "because I had to get out; I knew it wouldn't be healthy for me to stay there (in the room)," he said. "I was in the front-row (at) the pageant, and I heard the music, but everything felt out of body."

Di'Costa knew 13 of the 49 killed, and was close friends with seven of them.

He also knew eight of the 53 injured.

"I'm still processing it," Di'Costa said about two weeks after the tragedy.

He has seen a grief counselor, which helped, he said.

Di'Costa also returned to Orlando days after the tragedy. A friend in Orlando told him right after that, yes, it'd be good if he was down there.

Di'Costa said his employer has been amazing during his mourning, telling him to take as much time as needed.

Di'Costa went back to Florida June 15-19 – to see friends, show his support in-person, attend multiple fundraisers, and more. He even went to church on June 19 – at the same church that rejected him years ago for being gay, he said.

"I didn't know what to expect, other than (it was going to be) a tribute (at the church) to the tragedy," Di'Costa said.

The pastor had done a 180 in his attitude toward the LGBT community, Di'Costa said.

The pastor told the overflow crowd, "The church's call is not to condemn or hate; it is to love and comfort in times like this," Di'Costa recalled.

Di'Costa went up to the altar, and the pastor went over to him and hugged him, then said, "I'm sorry for the words we said and the judgement we passed down on you."

The pastor then had the entire church get down on their knees and repent for the words they said to the LGBT community. "That was a deep wound that was healed," Di'Costa said.

Returning to Orlando "was the hardest time of my life," Di'Costa said, "but, being a leader, I had the strength to be resilient during that time, so the people who were there (at Pulse) that night, or the families (of the victims), I could comfort them."

Di'Costa said he is now an even stronger supporter and advocate for the gay community – and he's certain that someday, somehow good will emerge from the tears in Orlando. If only from increased exposure to the discrimination that LGBT face. "There already has been a change of heart of some, especially within the church community," he said.

Di'Costa said he did not know or recognize the killer from Pulse, as it's been reported that the killer had been to Pulse many times in the past.

And if and when Pulse eventually reopens, as also has been reported, Di'Costa said he will be there, likely on opening night.

He also wants to visit the site of the original Pulse – "to say my goodbyes," he said. "The person I am today wouldn't happen, if not for Pulse."