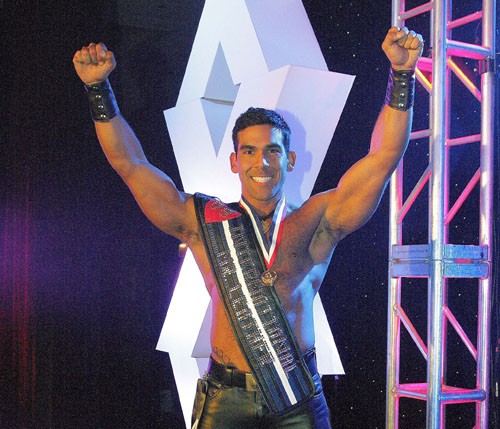 A statement released on International Mr. Leather, Inc. letterhead and signed by Chuck Renslow, President of IML, reads as follows:

On behalf of International Mr. Leather, Inc., I would like to thank you for your past support and in particular for your participation as a vendor in our annual Leather Market. We are writing you today to inform you of a policy change affecting next year (2010) and all future markets.

Though we are now three decades into the HIV/AIDS epidemic, no cure has been found. The CDC and local health officials inform us that new infections are on the rise. And, while we have had some success developing medications that might make infection more manageable, that accomplishment comes at a price. Not having experienced the deaths - the loss of loved ones -- which preceded these medications, we have an entire generation who may not fully appreciate or comprehend the severity of the situation.

Too many in our community believe HIV/AIDS is curable or manageable. Too few understand that HIV/AIDS infections dominate life. We believe that it is our duty to inform and educate. Several years ago when "Meth" was the scourge of our community, IML drew a line in the sand and raised awareness and used all our influence to try and stop this addictive madness. As is the case with HIV/AIDS, we believe it is our further obligation to do everything in our power to prevent future infections.

To that end, after considerable discussion, the Executive Committee of International Mr. Leather has decided that it will no longer allow participation in the IML Leather Market by any entity which promotes barebacking or distributes/sells any merchandise tending to promote or advocate barebacking. This restriction will also apply to distribution of gifts, post cards or any other information via our facilities.

Many people don't like using condoms all the time, or at all, and demanding they use a condom every time they have intercourse won't make it so.

We also need more research into risk-reduction behaviors like sero-sorting and sero-adaption - where men make decisions about the kinds of sex they will have depending on their own serostatus and that of their partners. We don't know enough about things like "strategic positioning" and "dipping" and the withdrawal method - and it's high time we started finding out how well these strategies work for reducing HIV risk.