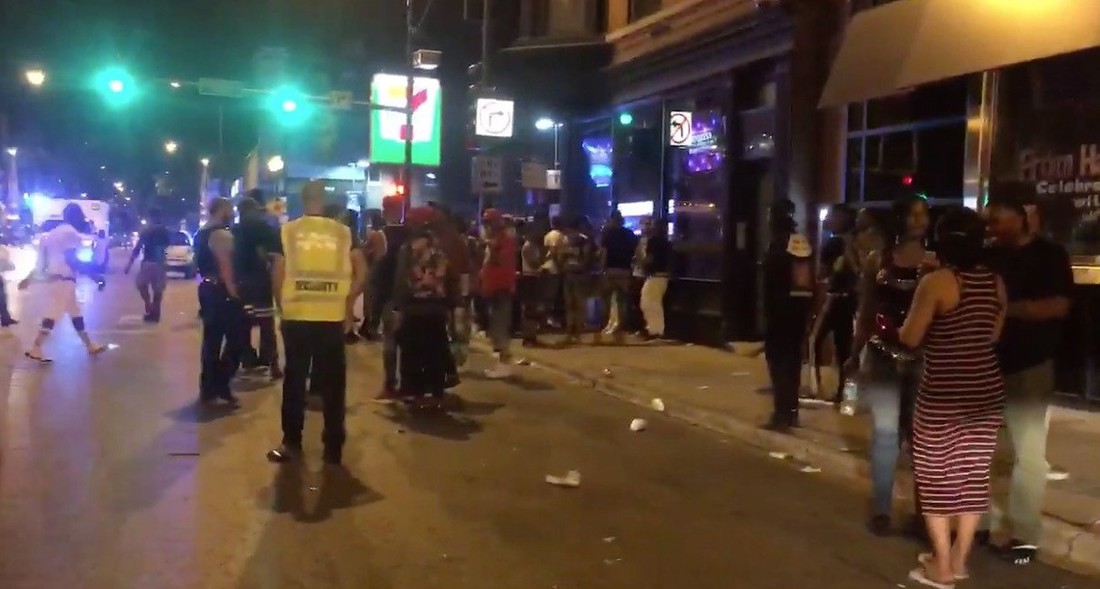 incident near 7-11 captured on video

photo credit // twitter/dj tek
Chicago, IL - A man was stabbed in an early Sunday morning fight near the corner of Belmont and Halsted after overcrowding and mayhem broke-out in Boystown.

According to Windy City Times (WCT), the 22-year-old man got into a fight at around 3:15 a.m. with three acquaintances and was both stabbed and pepper-sprayed. He was taken to Illinois Masonic Hospital, where he is reported to be in good condition.

The incident is under investigation.

Crime in Wrigleyville + Boystown (CWB), a blog that originally reported the mayhem, noted the male victim identifies as female.

CWB also reported overcrowding and trouble near the 7-11 at Roscoe and Halsted, where a crowd of over 400 people took over the parking lot. Videos from this incident were posted to the neighborhood crime blog.

Police later closed North Halsted to vehicles at around 3 a.m.

A number of other incidents were reported throughout the early morning, but police did not confirm details.

The neighborhood trouble began nearly 5 hours after day one of Chicago Pride Fest had closed and after city officials announced there would be an increased police presence in the area for Pride festivities.

CWB reported the 19th District was only staffed by its normal allotment of officers over the weekend. That according to multiple officers who spoke off the record.