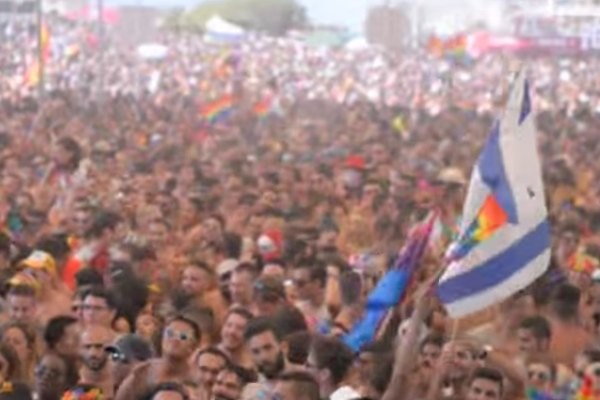 According to the Jerusalem Post, the march, which stepped off from Tel Aviv's Gan Meir park at noon, is the largest such parade in the Middle East.

"The Pride Parade has turned into one of the symbols of the City of Tel Aviv with hundreds of thousands of participants and tourists from all over the country and world," he is quoted as saying.

"I believe that Tel Aviv-Yafo, a city of tolerance, is a beacon to other cities [on] this issue," Huldai added.

A poll conducted ahead of Friday's Tel Aviv LGBT Pride parade found support for marriage equality in Israel at an all-time high. Seventy-six percent of the Jewish Israeli public supports recognizing gay and lesbian couples with some form of marriage, a 12 percent increase since September.