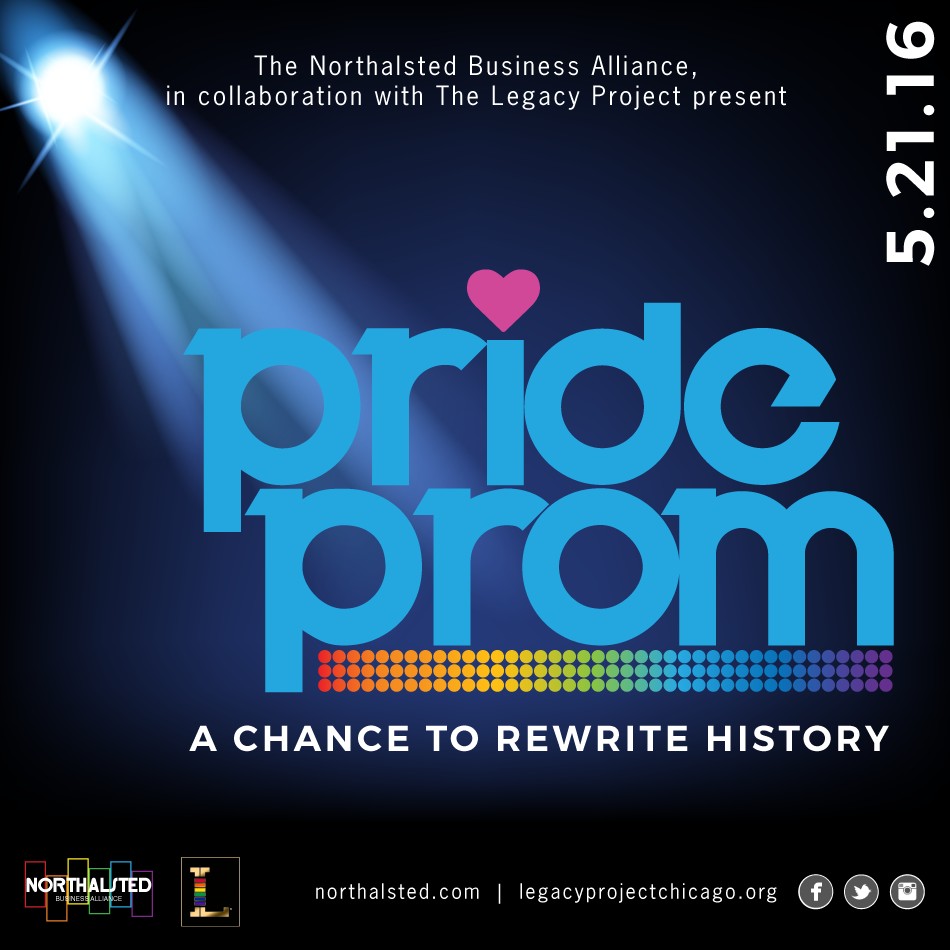 Was your prom experience memorable for all the wrong reasons? Here’s your second chance.

Chicago, IL - Prom. It's a high school rite of passage that, for many in the LGBT community, was anything but a glamorous time.

Some of the classic gay movie cliches include forced dancing with members of the opposite gender, asking your mom to be your date or skipping the awkward shindig altogether. But, alas, local leaders in Boystown are looking to give those of us with less favorable prom night memories a shot at a second chance.

It's being called Pride Prom: A Chance to Rewrite History, and is slated to take place in the heart of Boystown this Saturday from 7-10 p.m. The elaborate set-up will include an expansive outdoor tent on Waveland, between Halsted and Broadway, and include food, drinks and dancing.

Organizers are billing it as a chance to relive your prom night, creating new memories in what is undoubtedly a more welcoming environment than your high school gymnasium. For local business owners and community leaders Ramesh Ariyanyakam and Edward Gisiger of Kit Kat Lounge & Supper Club, it's a chance to live the night for the first time.

"Gay couples were not permitted to go to prom when I was in high school, so I decided to not attend at all," Gisiger said. "To be honest, I always picture the dance scene from Romy and Michele's High School Reunion when I think of what prom would probably have looked like if I had gone."

It's also the first chance for his partner Ramesh after growing up in England, where prom night isn't celebrated.

"Prom is completely alien to me," joked Ariyanyakam.

The couple has been together for 18 years after meeting at Circuit Nightclub in Boystown.

The inaugural event is organized by the Northalsted Business Alliance (NAB), the same group behind Pridefest, Market Days and the annual Halloween parade, among other major events. It's also the first joint initiative between NAB and The Legacy Project, which just announced their new collaborative agreement to beef-up programming in Boystown.

"For many in the LGBTQ community prom was a less than welcoming environment to express gender identity or sexual orientation," said Christopher Barrett Politan, Executive Director of the Northalsted Business Alliance. "Our Pride Prom gives everyone the chance to rewrite their prom experience."

Plus, it looks as though prom kings have already been selected. Alderman James Cappleman and his husband Richard Thale will serve as honorary co-chairs of the evening.

The prom-curious can purchase tickets for the event online, where they are currently listed for $100 for a night of entertainment, prizes, companionship and of course, dancing.