Mariah Carey to be honored at GLAAD Awards 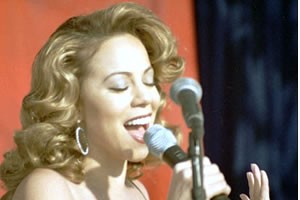 At the event, director Lee Daniels (Empire) will present Carey with the group's Ally Award, which is given to a "media figure who has consistently used their platform to support and advance LGBT equality and acceptance."

"Through her music and outspoken support, Mariah Carey has inspired and empowered countless LGBT fans across the globe," said GLAAD President & CEO Sarah Kate Ellis. "She is a longtime ally and friend to the LGBT community who has worked tirelessly to move acceptance and inclusion forward."

GLAAD previously announced that Robert De Niro will also be honored at the event.