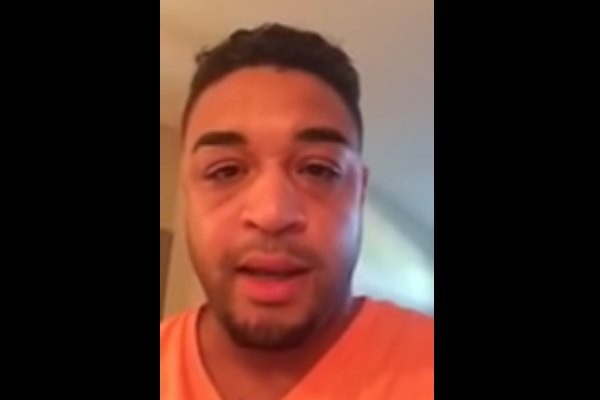 Whole Foods Market is suing an openly gay pastor over claims that he purchased a cake from its flagship Austin store that included an anti-gay slur.

Jordan Brown announced on Monday that he was suing the retailer over the incident. Brown showed the cake in a YouTube video where he claims that he ordered a cake with the phrase "Love Wins" but received a cake that says "Love Wins F*g." The cake can be seen through the clear portion of the box. He said that he did not notice the change until he had left the store.

"As you see, I have not opened up this box yet, it is still sealed," he told viewers, pointing to a UPC sticker that runs on the side and bottom of the box. "This is discrimination."

Whole Foods immediately denied the claims, saying that its team members "do not accept or design bakery orders that include language or images that are offensive."

On Tuesday, the Austin-based food giant released video footage that it claims proves Brown's story is a hoax.

In the video, a cashier can be seen scanning the box from the top of the box, not the side.

In its lawsuit, Whole Foods says that Brown "intentionally, knowingly and falsely accused Whole Foods and its employees of writing the homophobic slur ...on a custom made cake that he ordered from WFM's Lamar Store in Austin." Whole Foods is seeking at least $100,000 in damages from Brown, the American-Statesman reported.