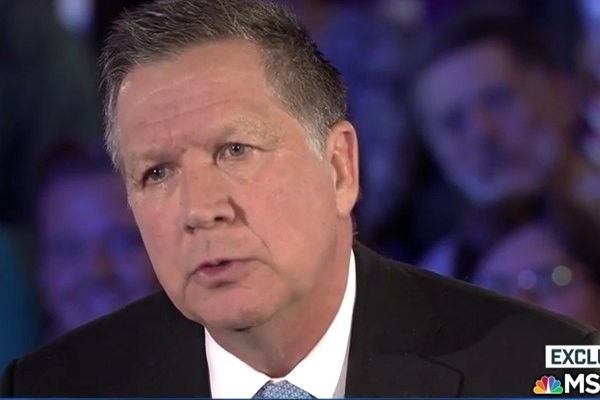 Republican presidential candidate John Kasich on Thursday reiterated his opposition to gay couples marrying but added that he can accept it.

At an MSNBC town hall, host Chris Matthews asked Kasich his view on the Supreme Court's June 2015 finding that gay and lesbian couples have a constitutional right to marry.

"There is a conflict to some degree with people practicing their deeply-held religious beliefs, which they have a right to do, and the issue of discrimination against somebody they think is doing something inappropriate. That has to be balanced. And what I'm trying to argue is, everybody just take a breath."

"I don't think [same-sex marriage] is right," he added.

"What should gay people do who love each other?" Matthews asked.

"Well, they should love one another."

"But not get married"

"I've given you the answer," Kasich answered, raising his voice. "I believe in traditional marriage. I've accepted the court ruling."

Kasich added that he does not support a constitutional amendment that would roll back the court's decision.