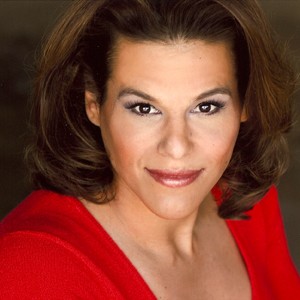 This year's parade commemorates the 40th anniversary of the Stonewall rebellion where gays, lesbians, bisexuals and especially the transgender community fought back at a police raid. "It is especially fitting that Alexandra, a transgender woman, be Grand Marshal," said parade organizers.

Alexandra and her wife, Chrisanne Blankenship who were married in Chicago in the mid-1990's, were recently re-married in California, their present home. An obvious proponent of same-sex marriage, she is adamant about her views on the issue of marriage.

Alexandra has dozens of stage, television and film roles to her credit. In the last few years she has had guest-starring roles on hit television shows including, "E.R.", "Grey's Anatomy" (which won a GLAAD Award for Outstanding episode),"Karen Sisco" and filmed a pilot called "Nurses" with Lynn Redgrave for ABC. In addition, she completed a pilot for FX co-starring Joseph Fiennes and Blyth Danner called, "Pretty/Handsome." In 2007 she completed her first film, "Socket" directed by Sean Abley.'

She grew up in a theatrical family in California and loved the theater at an early age. Her early acting roles included shows with Carol Burnett ("Once Upon A Mattress"), Yul Brynner ("The King and I") and Sandy Duncan ("Peter Pan"), to name a few. At an early age she moved to Chicago where she met her future wife while they both attending the same high school. Later, she started her career as "Shante" at the now defunct Chicago Club Victoria. She made her way to the Baton Show Lounge, where she remained for several years.

Alexandra's first professional play in Chicago in 1987 was Charles Busch's "Vampire Lesbians of Sodom which premiered at the Royal George Theatre, and won her an After Dark Award for Best Actress in a comedy. After that she starred in numerous plays at the Torso Theatre, Bailiwick Theatre, HealthWorks Theatre, Light Opera Works and also the Steppenwolf Theater. She also appeared in plays in New York City and Los Angeles, including Larry Kramer's pivotal AIDS piece, "Just Say No" playing Nancy Regan to Gregg Louganis' "Jr." That year (1999) she shared a cover of the Advocate with Gregg Louganis, she had a feature in POZ magazine, and she was chosen as one of the Chicago Tribune's Top 10 People of the Year.

Her long list of stage, television and screen credits are documented on the web site www.alexandrabillings.com that also includes information about her nightclub act and CD releases. There is also a copy of her interview in POZ magazine where she discusses her diagnosis as being HIV positive in her mid-twenties. She is a person who loves life, her work and has expanded her horizons over the years.

Alexandra, who along with her wife Chrisanne, moved to California in 2004, returns to Chicago frequently where she is a (summer) teacher at Steppenwolf Theater. She is also an Artistic Associate at the Bailiwick Theatre and About Face company member.

She was featured, along with other Chicago LGBT activists, in the WTTW show "Out and Proud" which aired in Chicago last June. The show will be re-broadcast on one of the WTTW digital channels on June 3 and will be broadcast for the first time on PBS stations across the United States in early June.

Alexandra will be riding in a classic car near the front of the Pride Parade on Sunday June 28 stepping off the corner of Halsted Street at Belmont Avenue at Noon.

The ChicagoPride.com online Pride Guide is sponsored by Cesar's on Broadway, 2924 N Broadway.