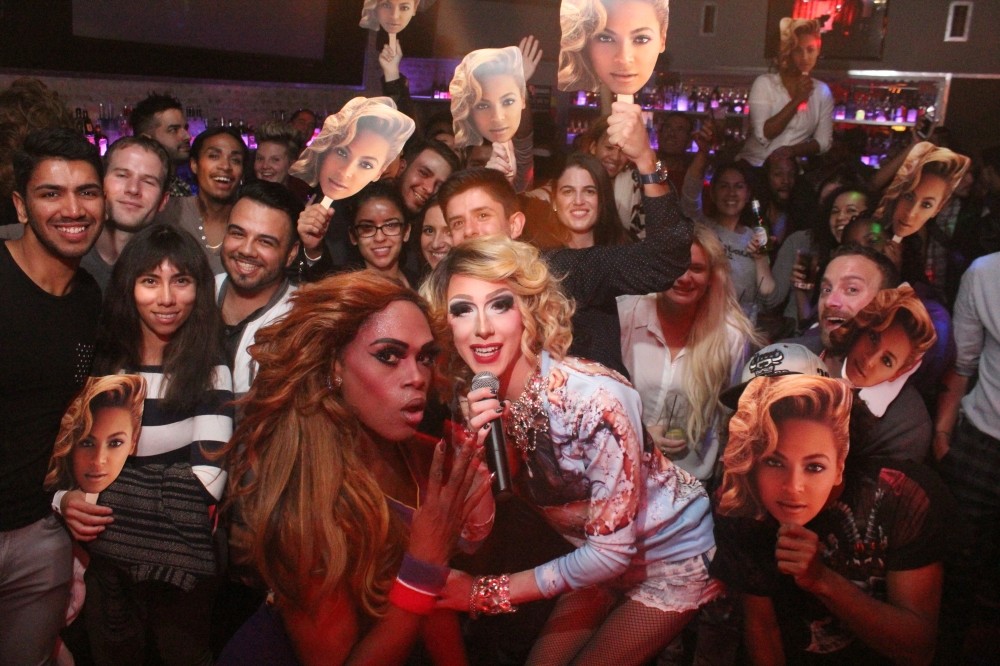 Chicago, IL - Sidetrack long had many of the same special nights. For years – for many successful years – it was show tunes on Mondays, country & western on Tuesdays, 1950s on Wednesdays, and comedy on Thursdays.

"They all played well for a long time," said Sidetrack co-owner Art Johnston.

Social media forced the changes of some nights. Comedy, for instance ... customers didn't have to go to Sidetrack to see a clip from the most recent Saturday Night Live; they now can watch the clip on their cell phone at home.

There was a time – for years, perhaps decades – when visitors to the popular Lakeview video bar got info about what to do via gay newspapers or The Reader. Social media changed that, too – and Sidetrack is going strong on Facebook, Twitter, Instagram and the like.

"We always had a lot of activities, events (and) promotions, but that was nothing to what we have now," Johnston said.

Brad Balof, the Sidetrack general manager for about the past 18 months, said one of their goals, naturally, was to increase business and traffic into the bar, particularly midweek, when specialty nights are held.

Specific-themed nights, perhaps featuring an artist or type of music, have been a hit, without question. One benefit, Balof said, is that attendees already have a connection with others in the crowd – the connection being interest in that night's theme.

Beyonce, Madonna, Cher and Rihanna have been featured in special nights.

The themed nights bring audiences with many who have never been to Sidetrack, Johnston said.

When Sidetrack officials planned to venture into the fanfare around RuPaul's Drag Race, it made some at the bar nervous. After all, Drag Race airs on Mondays, and that's long been reserved for show tunes. Co-owner Jose "Pepe" Pena was admittedly skeptical, not wanting to rock the show tunes machine.

Ultimately, Sidetrack learned that there was a huge crossover of Drag Race and show tunes fans.

Sidetrack has not had a specialty night flop, Johnston said.

"The Sidetrack crowd is fairly predictable – what nights and weekends will be big," Balof said.

Johnston said Sidetrack's near-60-person staff is constantly brainstorming the next must-do specialty night. There are formal meeting of the bar's 10-person concept think-tank every month or so – and that 10-person crew includes creative locals who aren't full-time employees at Sidetrack.

"Anyone is able to present an idea; good ideas can come from anyone; it's not one idea-person who makes all of the decisions," Balof said.

Johnston said the success of the new specialty nights has, naturally, spawned other ideas. They are working with a calendar for plans through the rest of 2016 and are adding to it almost daily. "We're strong planning a month out," Balof said.

And continually changing their thinking, too. Take, for instance, an upcoming Madonna Night, which will feature rarely scene live video performances of the singing sensation. Sidetrack rarely in the past has shown lives performances on video, opting instead for the videos of songs.

The recent success of a night honoring Rent was a roaring success, thus future nights centered on specific anniversaries will happen, too.

The specialty nights have grown Sidetrack's appeal among locals, particularly straight guests – and they return for more specialty nights/events, Johnston said. And the crowd certainly is a wide age-range, he added.