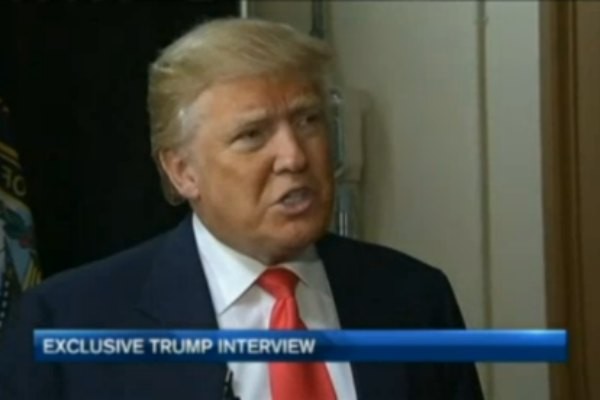 O'Connell, also the publisher of Bay Windows, a New England-based LGBT publication, identified herself as a lesbian.

"When President Trump is in office can we look for more forward motion on equality for gays and lesbians?" O'Connell asked.

"Well, you can," Trump responded. "And look, again, we're going to bring people together, and that's your thing and other people have their thing. We have to bring all people together and if we don't, [then] we're not going to have a country anymore."

While GOP rivals Ted Cruz and Marco Rubio have been more outspoken in their opposition to marriage equality, Trump has made his opposition clear.

During a recent interview with Fox News Sunday's Chris Wallace that took place before the Iowa caucuses, Trump touted the support he's received from Jerry Falwell, Jr. and Robert Jeffress, two pastors vocally opposed to LGBT rights, and said that he disagrees with the Supreme Court's June finding that gay and lesbian couples have a constitutional right to marry, saying that he would "strongly consider" appointing judges to overrule the decision.