Ted Cruz: White House rainbow display is sign our country 'is in crisis' 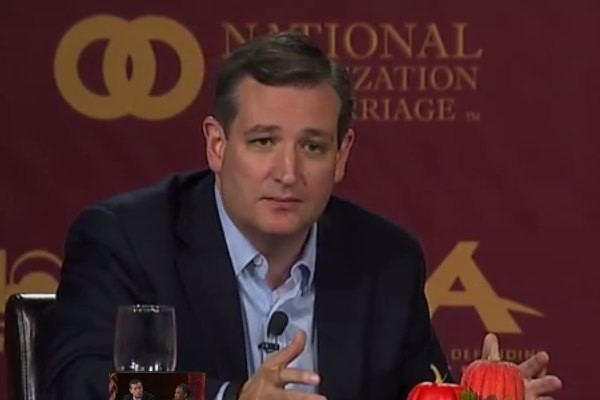 At a campaign rally this week in Iowa, Republican presidential candidate Ted Cruz agreed with a supporter who lamented the White House's support of the Supreme Court's finding that gay and lesbian couples have a constitutional right to marry.

The man asked about the nation's "moral decay," pointing to the decision to light up the White House in rainbow colors to honor the high court's ruling.

"It was a sad day when I saw the capitol building all lit up in the rainbow colors," Randy DeLong said. "How will your faith have a positive effect? How will you light that faith to make changes?"

Cruz, a vocal opponent of marriage equality, responded by saying that the rainbow display was an inherent sign that "our country is in a time of crisis."

He also reiterated his claims that the decision is "fundamentally illegitimate, lawless and unconstitutional."