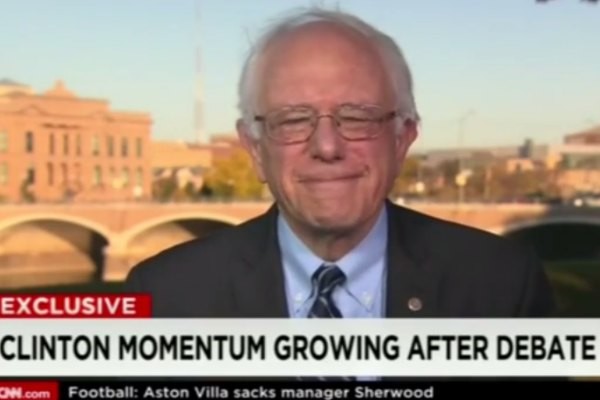 "It's understandable and consistent with the establishment organizations voting for the establishment candidate, but it's an endorsement that cannot possibly be based on the facts and the record," Michael Briggs, campaign spokesman for the Sanders campaign, told the Washington Blade.

Briggs pointed out that Sanders voted against "Don't Ask, Don't Tell" in 1993 and the Defense of Marriage Act (DOMA) in 1996 and noted the Vermont senator's support for civil unions in his state when it became the first in the nation to enact them in 2000.

Sanders was "a pioneer on this early version of gay marriage, and has by far the most exemplary record on gay rights of any candidate ever in American history," Briggs said.

Brandon Lorenz, a spokesman for the Human Rights Campaign, responded in a statement: Clinton "has a strong record, a strong agenda, and a strong ability to win against any Republican running on an anti-LGBT platform in November and lead from Day One."

Clinton announced her support for marriage equality in 2013, while Sanders in 2006 said that Vermont wasn't ready to make the move from civil unions to marriage for gay men and lesbians. Lawmakers approved a marriage law in 2009, making Vermont the first state to legalize such unions without being required to do so by a court ruling.