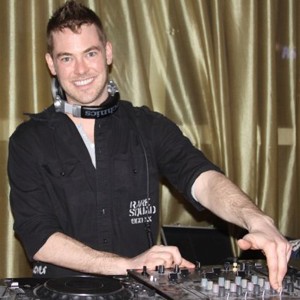 Centaur has introduced some of the nation's most popular CD brands including Global Groove, Party Groove, Pride, Fire Island Classics, Dance With Angels, and the newest addition POPular.

This is the first record label for DaBeatz who competed against some of the Midwest's best DJs during Centaur's POPular DJ search last month.

DaBeatz will mix and produce a CD to be marketed, promoted, and sold worldwide with a potential release date at the end of May.

An Ohio native, DaBeatz has earned the respect and admiration of Chicago club-goers since launching his career in 2006. He was recently named "Best Chicago Club DJ" by the Chicago Free Press and maintains a residency at Minibar Ultra Lounge and Café.

Influenced by Chicago mix masters DJs Laura B, Greg Drescher, Ralphi Rosario and Jeanette, the self-taught DaBeatz has cultured his own DJ-identity through progressive house and techno. His style is self-described as "hot" and "high energy," banking on a crowd's vibe in order to turn out his tunes.

"My one biggest motivation is for the crowd each night," DaBeatz says of his sets during an interview with ChicagoPride.com. "I feed off their energy and work to build that into a party environment."

"Music is my zen," he says. "In five years, I know that my enthusiasm for music and for the crowd I spin for will still be what it is today. It is an awesome feeling knowing that my road is only just beginning, and that I have many years to continue to grow as a DJ and as a person."