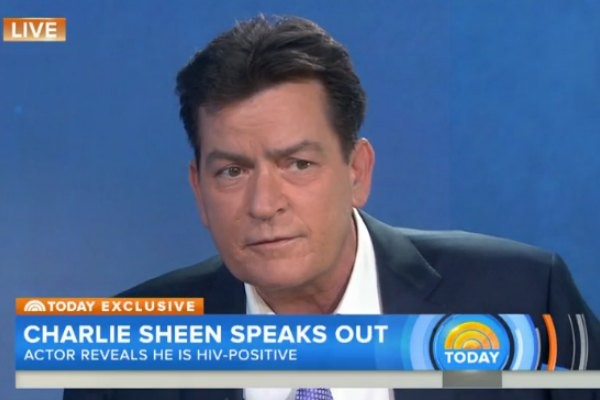 "I'm here to admit that I am in fact HIV-positive," Sheen told anchor Matt Lauer. "And I have to put a stop to this onslaught, this barrage of attacks and sub-truths and very harmful and mercurial stories that are about me, that threaten the health of so many others that couldn't be further from the truth."

Sheen said that he does not know how he contracted the disease.

The diagnosis came roughly four years ago during an emergency hospitalization for "a series of crushing headaches" and night sweats. "I thought it was a brain tumor. I thought it was over," he said.

When asked whether he has knowingly transmitted the virus to others, Sheen answered, "impossible," but admitted that he's had unprotected sex with two people whom he said were informed of his status ahead of time.

Sheen also said he was the victim of shakedowns and paid "millions" for their silence.

"I trusted them and they were deep in my inner circle, and I thought they could be helpful," Sheen said. Instead, "my trust turned to their treason."

He said that with the revelation he releases himself "from this prison."

Sheen, who has had a troubled past with drug addiction, was called to testify in the 1995 trial against Hollywood madam Heidi Fleiss. During his testimony, he admitted to spending more than $50,000 on prostitutes.