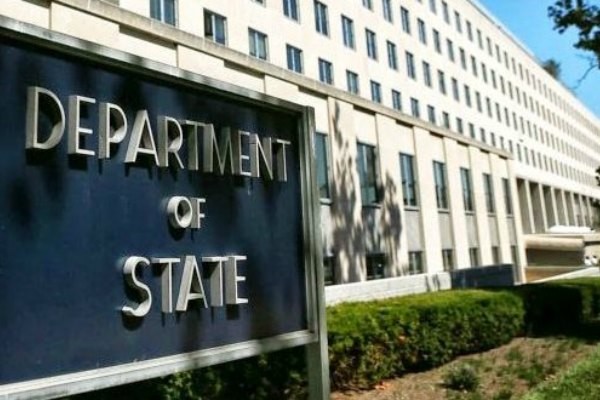 According to the Washington Blade, which broke the story, the agency will begin phasing out its Same-Sex Domestic Partner (SSDP) program on December 14, with an official end slated for September 30, 2018.

Gay Foreign Service personnel posted in countries where marriage equality is not recognized are entitled to up to 10 days of administrative leave to travel to the jurisdiction of their choice to marry.

Under Secretary of State for Management Patrick Kennedy said that the policy change was a direct result of the Supreme Court's June ruling striking down gay marriage bans in all 50 states.

"When Obergefell v. Hodges legalized same-sex marriage throughout the United States, federal spousal benefits administrated by the department became available equally to married opposite- and same-sex couples," he told the Blade.

"Because married same-sex couples are now able to receive a wide array of benefits available to any married couple in the federal government, the original justification for the SSDP program no longer exists," he added.

The SSDP program was announced in 2009 by then-Secretary of State Hillary Rodham Clinton.

GLIFAA, which represents LGBT Foreign Service members, said in a statement that it was opposed to the phase out, noting that marrying remained challenging for the foreign-born partners of Foreign Service personnel.

Calling the SSDP program a "bridge" to marriage equality, Kennedy said that it was no longer needed.

"The SSDP program was a bridge until the time that same-sex couples reached parity with opposite-sex couples in terms of marriage and federal benefits," he said. "Since the Windsor and Obergefell decisions, the department has been focused on now being able to provide the full range of benefits – pension, health insurance and more – to same-sex married couples, as opposite married couples have enjoyed for years."