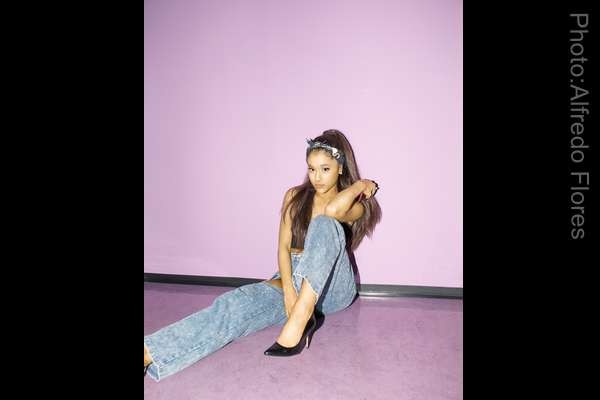 Singer-actress Ariana Grande says in a new interview that she hates homophobia.

The 22-year-old Grande recently spoke with Ryan Murphy for an interview that appeared in V Magazine. Grande co-stars in Fox's horror-comedy Scream Queens, which Murphy (Glee, American Horror Story), who is openly gay, created with Brad Falchuk and Ian Brennan.

"You know, my brother is gay," Grande said, referring to YouTube star Frankie Grande. "All of my best friends are gay."

"When my brother came out of The Closet, it wasn't a big deal for my family. Even my grandpa, who is, like, super old-school, was like, Good for you!"

Grande added that she hates homophobia.

"It's outrageous to me when I see people hate on someone because of their sexuality. I hate the intolerance. I hate the judgment. I hate it so much," she said.

"Most of my favorite people in my life are gay. It's something I'm super passionate about, because whenever I would see my friends get bullied, or my brother get hurt for his sexuality, I would become a raging lunatic. I would literally become a raging lunatic because I just can't take it. When you see someone you love hurting, for such a superficial, bullshit reason, it's like, how small and spiritually unenlightened and dumb as fuck can a person be? How much further can your head get up your ass that you're actually judging someone as a person based on their sexuality before you even have a conversation with them?"