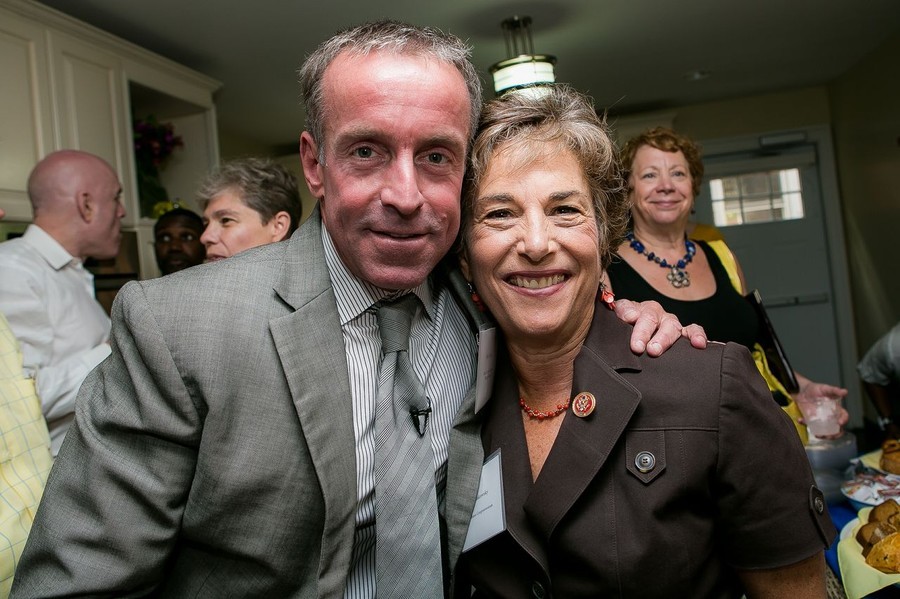 Sloan: 'The best is yet to come for Chicago House'

Chicago, IL - Chicago House and Social Service Agency CEO Rev. Stan Sloan has confirmed he will be leaving his post as of June 30, 2016.

"I can't convey how grateful I remain for the last 15 years, and I'm excited for the nine months ahead," Sloan posted Thursday on Facebook. "I'm also excited for what lies ahead, whether the next challenge is here in Chicago, in some other U.S. city, or in São Paulo."

Sloan is engaged to a cardiologist who lives in Brazil.

The Amarillo, Texas native worked for Whirlpool Corporation at their headquarters in Michigan directly out of college in 1985. Sloan entered seminary a year later, and after ordination served in parishes in Oklahoma before affiliating with the Episcopal Diocese of Chicago in 1995. Since that time he served as the pastor of a parish in Roseland for a brief time, but the bulk of Sloan's work has in social services with ex offenders, the homeless, and those who are affected by poverty and HIV/AIDS.

Sloan has been in his Chicago House post since 2000 and under his leadership, the agency has seen a number of exciting, new endeavors with Sweet Miss Givings Bakery and the development of the TransLife Center, which launched in 2013. Chicago House was incorporated in 1985.

According to Windy City Times, Sloan notified Chicago House board's Executive Committee on Sept. 15. His 9-month notice is to give the agency time to conduct a thorough search for a new CEO.

"Thanks again to everyone who has offered friendship and support to Chicago House and to me in my role," Sloan added. "The best is yet to come for Chicago House and its incredible staff, board and clients. I feel certain."