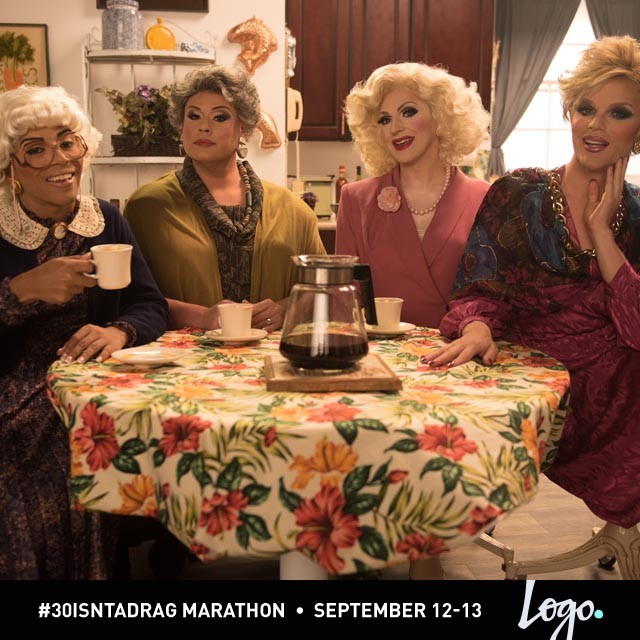 Drag Divas Step into the Shoes of Sophia, Dorothy, Rose and Blanche for 30 year anniversary

Fresh off of their appearance with Miley Cyrus at the 2015 MTV VMAs, the '30 Isn't a Drag' marathon features "RuPaul's Drag Race" stars Shangela as Sophia, Delta Work as Dorothy, Pandora Boxx as Rose, and Willam as Blanche. The queens will be serving side eye, fierce friendship and lots of cheesecake as they put their own spin on "The Golden Girls," dish on their favorite moments, and introduce 30 of the most unforgettable episodes of the seminal sitcom.

Additional information can be found the Logo TV's website at https://gopride.com/Zby7/the_golden_girls