Justin Timberlake, Jessica Biel to be honored for their LGBT advocacy 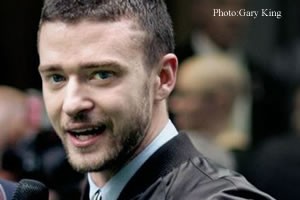 Justin Timberlake and Jessica Biel will be honored at the 11th annual GLSEN Respect Awards at the Regent Beverly Wilshire in Beverly Hills, California.

GLSEN, the Gay, Lesbian & Straight Education Network, works to create a safe space in schools for children who are or may be perceived to be gay, lesbian, bisexual or transgender.

Timberlake and Biel will be honored with the group's Inspiration Award.

"We are thrilled to announce the honorees for the 2015 GLSEN Respect Awards – Los Angeles, two vocal and committed allies to the LGBT community who are also devoted to charitable works that improve the lives of youth," GLSEN Executive Director Dr. Eliza Byard said in a statement. "Jessica Biel and Justin Timberlake have consistently been visible and committed allies."