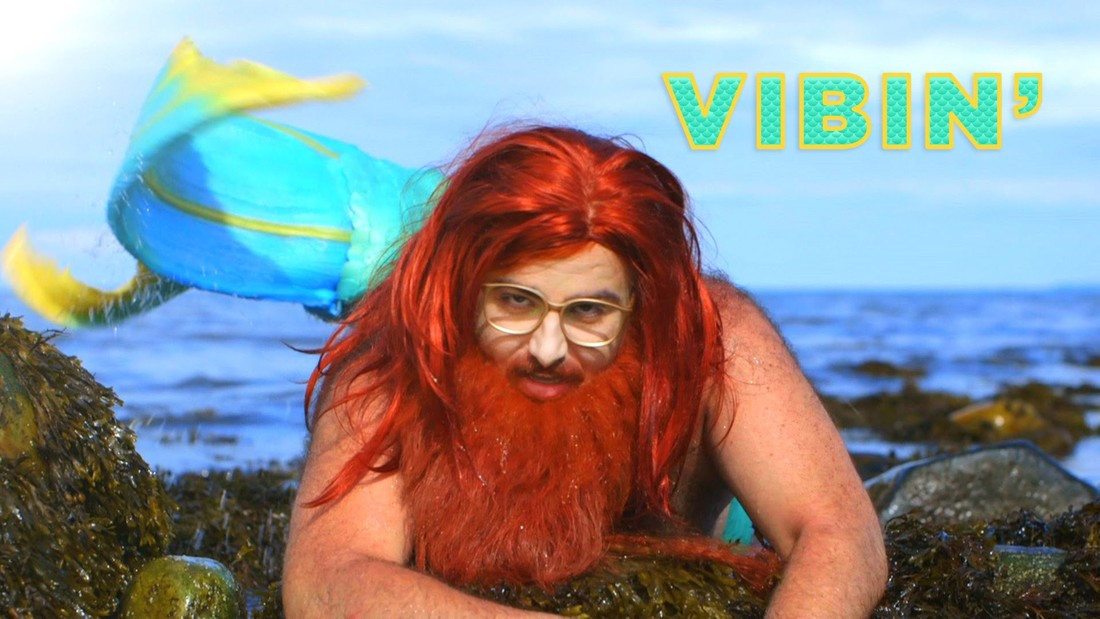 Available for free download via Big Dipper's SoundCloud page now, the "Vibin" remix package includes Ben Aqua's crazy and bubbly-tech production packed with ocean sounds. There is also Mighty Mark's "throw back to 90s" house track (perfect for end-of-summer dance parties) and Bistro Boy's chill mix for that late night couch vibe. If that's not enough, New York's own Byrell The Great is sure to drop jaws with his explosive and inventive rendering of "Vibin'".

"I had been wanting to collaborate with Mighty Mark for some time," explains Big Dipper from his Brooklyn home. "When I heard how he flipped Vibin'on it's head, I knew it was the perfect track for the video."

Dipper adds, "I consider myself a video artist as much as a recording or live-concert artist," "I actually get antsy when I'm not working on some new visual or planning a release."

He says the video came together very quickly.

"It's mostly a group of my friends who were around in Brooklyn that day we shot it."

Notables featured in the music video include Milk Queen (from RuPaul's Drag Race), who slays it as she always does. Chris Harder is seen alongside Big Dipper's back-up dancer and choreographer KK, sporting her purple shorts and Dipper tank. Brooklyn drag queen Alotta McGriddles is out of drag as the big dominating top in the leather harness. Brooklyn-based recording artist Rena makes an appearance as the bikini clad bombshell who gets covered in champagne. Sutton Crawford, from ABC Family's Becoming Us - a long time friend of Dipper's - finally makes it in one of his videos. Patrick Andrews, who sings the hook, makes a brief a cameo at the end of the video.

"This was like a last hurrah for all the summer and backyard parties of 2015," continues Dipper. "And yes, it was another - and my last - excuse for me to get into my beautiful mermaid tail."

The tail will go on sale to the highest bidder on ebay next month. Follow Big Dipper's Instagram page for details.

Big Dipper is a Chicago-born, Brooklyn-based rapper. His fierce rhymes and often-outrageous outfits have been called everything from raunchy, filthy, nsfw, shocking and offensive, to comedic, flamboyant, fat, phat, and dope. He has an extensive catalog of music videos and songs – with names like "Skank", "Meat Quotient" and "Drip Drop" - that have all gone viral. He has collaborated with several popular artists including Cazwell, Hand Job Academy, Mister Wallace, TT the Artist, and Byrell The Great. He even hosts his own web series, "Big Dipper's World", on the WOW Network, producers of RuPaul's Drag Race. Earlier this summer, Big Dipper released his first EP on iTunes, Extra Good. It features the singles "Ridiklus","Good At Sex", "Wish You Would", "Cute2Me", and "Vibin'".

"I was really vibin' this summer," reflects Dipper. "I played so many fun, memorable gigs. Seattle and Portland Prides, Lazy Bear and Bear Week in Ptown... I even played my first European concert at the Milkshake Festival in Amsterdam. I met a ton of great people and went to the beach too.

"I think anytime you get to wear your speedo for a week straight, you're Vibin'."

Check out the NSFW video here