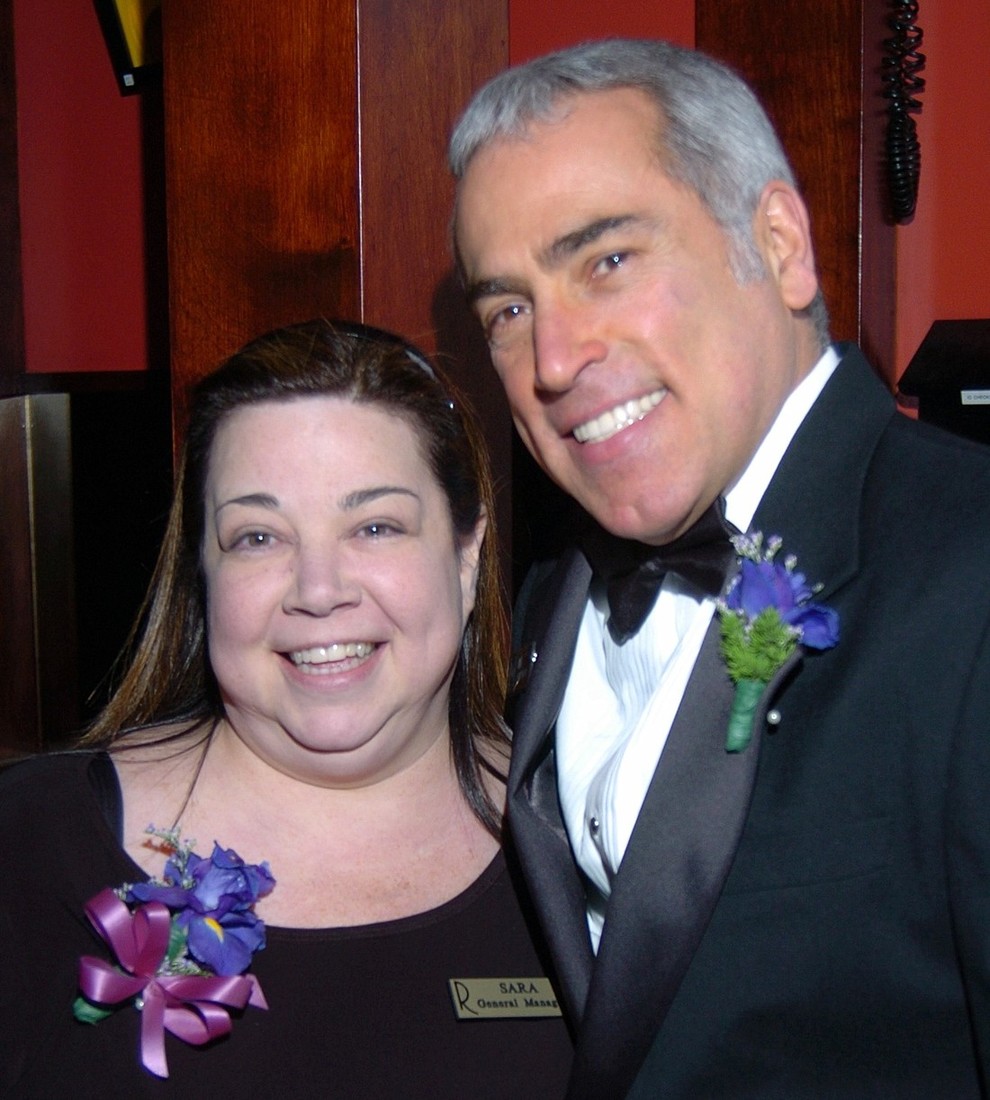 photo credit // jay shaff
Chicago, IL - Longtime Roscoe's advisor and counselor Sara Sullivan, 52, died Saturday following a long battle with Lupus. Sara was active in the Northalsted community for over 20 years and was respected, liked and loved by those who knew her. Due to health reasons, she had moved into an advisory position at Roscoe's several years ago but still remained active and involved in the business until a few months ago.

Sara's father Frank Sullivan sent the word on Saturday: "Dear friends, this morning, shortly after midnight, Sara Louise de Marillac Sullivan passed away after 52 years of life with 25 years of surgeries and physical suffering. Sara possessed the most glorious personality any of us has ever encountered in this world, along with immense kindness and a natural leadership which drew all people to her. Arriving at a mainly boys school, she was immediately elected council president, at work she was a universally effective salesperson, managing a business, she drew all people to her and she had proven creative skills. But most of all, in her entire short life, she deserved the summation of the special award the nuns who taught her awarded her all those years ago--"to Sara Sullivan, for spreading joy." that's what she always did--and will now do in heaven.--from her mother, father, sister, brother, nieces and nephew. We love you Sara forever and we will constantly be lonely without your vibrant presence to enrich our daily lives."

Roscoe's owner Jim Ludwig told ChicagoPride.com: "Sara brought such creativity and enthusiasm to our community in so many ways that words won't be able to tell. She handled physical adversity with such grace and generosity always making you feel she could accomplish anything. She appreciated and listened to so many HIV challenged people with optimism and helped them bring their self image to brighten each day. Anyone she dealt with felt important and blessed to know and work with her. She was a major influence in building the Roscoe's brand and the image of Northalsted always to be inclusive & welcoming to such diverse elements beyond just the gay male majority many could take for granted. I was fortunate to work with her through her major contributions including developing the community managed Space Park project for Triangle Neighbors Association, helping craft the look and feel of Northalsted Market Days and the Chicago Pride Parade for Roscoe's, and reorienting the difficult collaborations of residential and commercial improvements in the City Streetscape programs for Halsted street in Boystown."

Brenden Chrisman, general manager of Roscoe's provided to ChicagoPride.com: "Sara was a teacher, role model and close friend. Her guidance to me as a young man has allowed me to accomplish great things. Her tireless work on behalf of the bar often went unnoticed because she didn't enjoy the spotlight, but make no mistake, her contribution to our Roscoe's family and the community at large is huge."