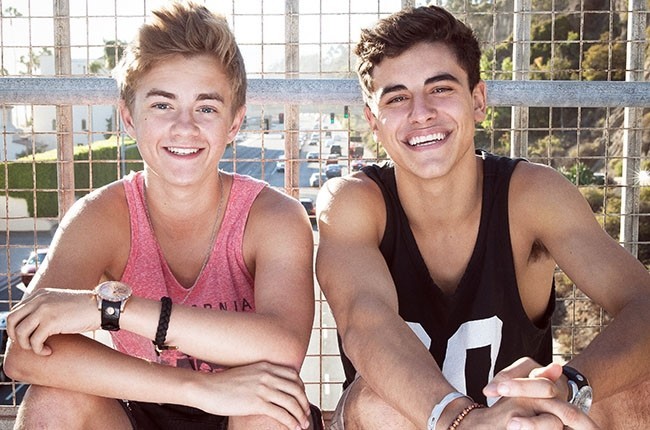 Haven't heard of Jack & Jack? Then mosey on over to Vine, YouTube and Twitter and get yourself acquainted. The 18-year-old duo has accumulated millions of followers and tens-of-millions of video views, catapulting them into social media fame, and now, musical stardom.

Jack Gilinsky and Jack Johnson, known by their 14 million social media followers as Jack & Jack, have been friends since kindergarten in Omaha, Nebraska. But when their Vine video Nerd Vandals went viral, the two took off and turned to a career in music.

Their pop-rap blend featured in hits like 2014's "Wild Life," which peaked at No. 2 on iTunes, garnered Jack & Jack even more fame in the music industry.And while "Wild Life" may not have been the "...Baby One More Time" of our generation, you'll undoubtedly hear more of Jack & Jack very, very soon. The two told their hometown newspaper that they're currently working with producers Max Martin — who essentially gave birth to Britney Spears and Katy Perry's careers — as well as Savan Kotecha, who just did the same thing for Ariana Grande.

Get a preview of the rising stars at Market Days 2015, the Midwest's largest two-day street festival. Jack & Jack will perform Saturday, Aug. 8 at 5:30 p.m. on the festival's North Stage.