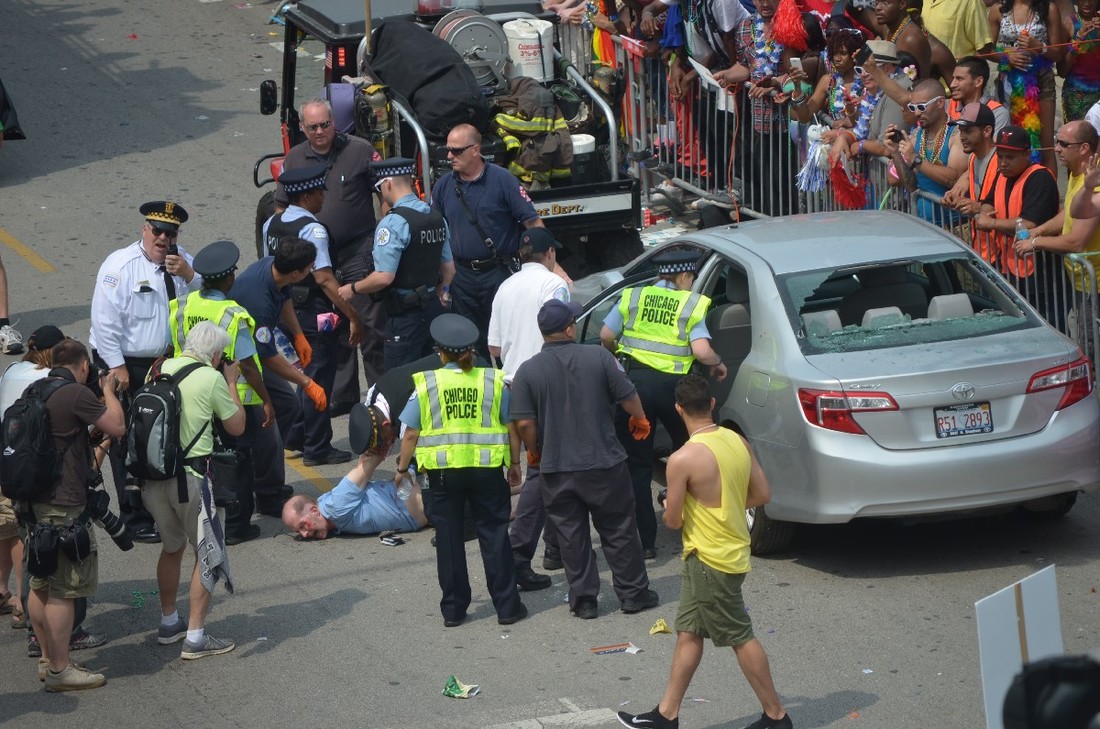 The unidentified man crashed into the parade route in the 3700 block of North Halsted around 2:50 p.m., police told ChicagoPride.com.

Witnesses said the silver Toyota Camry broke through the parade route at Halsted and Addison streets before heading north into the oncoming parade. A police officer shattered the back window of the car before the man crashed at Halsted and Waveland Ave.