HBHC has vaccinated more than 1,000 people for meningitis since June 3 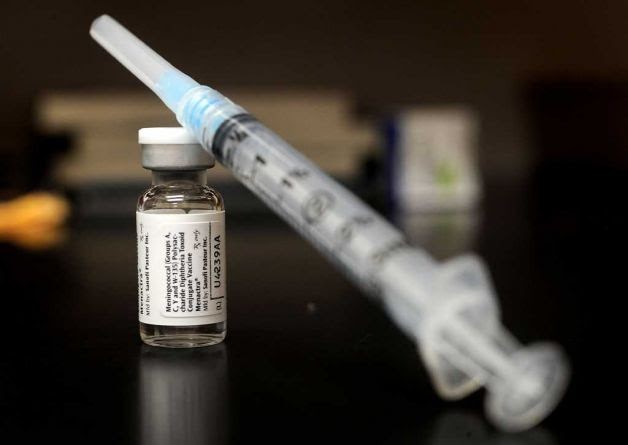 have you rolled up your sleeve yet?

Chicago, IL - Howard Brown Health Center (HBHC) on Tuesday announced that it has vaccinated more than 1,000 individuals at risk for invasive meningococcal disease (IMD) since a June 3 Chicago Department of Public Health (CDPH) alert that there was an outbreak of IMD among men who have sex with men (MSM).

"We hope this milestone encourages thousands of other gay and bisexual men to accept a free vaccination to protect their own health and that of our community," said David Ernesto Munar, HBHC President and CEO.

Six persons in the area—five in Chicago and one in suburban DuPage County—have been reported as having meningococcal disease, which can lead to meningitis or bloodstream infections, among other conditions. One of those six infections was fatal.

"This preventable disease is fast moving, debilitating and potentially deadly. The more people vaccinated the sooner we can declare victory over this health threat," said Munar.

CDPH, on June 18, expanded its recommendations to encourage all MSM and those in their sexual networks to be vaccinated for meningitis as soon as possible especially with Pride events in full swing. Because African American MSM are disproportionately affected by the outbreak, Black gay and bisexual men are especially encouraged to receive the vaccination, which is available for free at HBHC and a number of other locations citywide.

To broaden the campaign, HBHC is planning a "Vaccine Bar Crawl" on Thursday, June 25 to reach at-risk employees and patrons at local bars.Trained staff will be vaccinating at Pride events, Brown Elephant locations, and continuing to offer rapid, walk-in vaccinations at its two clinic locations at 3245 N. Halsted and 4025 N. Sheridan.

"Since the beginning, Howard Brown Health Center has been an integral force in the vaccination response, but more has to be done. We estimate that more than 7,000 people at risk in the city of Chicago will need to be vaccinated to achieve sufficient community immunity to IMD to stop the outbreak," says Magda Houlberg, MD, HBHC's Chief Clinical Officer.

"As an agency and leader in LGBTQ health, in order to do our part, we are setting a goal for ourselves of no less than 4,000 patients, clients, and community members vaccinated."

HBHC is ramping up vaccination services to ensure that no one gets left behind.

There are numerous CDPH partner sites through out the city offering free or low-cost vaccinations.