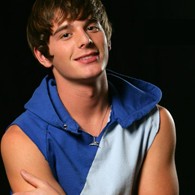 In opening arguments, the defense said Cuadra is "innocent" and shifted blame to possibly three other people, including Corrigan.

"Cuadra wanted to do pornography films with Sean Lockhart," Shunk said. "(Cuadra and Kerekes) thought if they brought in Sean Lockhart, they would bring in six figures....and it would cause a youth phenomenon."

Kerekes pleaded guilty to second-degree murder in December. He is now serving a life sentence without the possibility of parole after admitting he knew of and helped facilitate the murder.

Kocis' Cobra Video was known for producing pornographic movies that featured barely legal twinks; his most lucrative star was Lockhart, who starred in several videos under the name Brent Corrigan. Lockhart was reportedly underage when he filmed Every Poolboy's Dream, Casting Couch 4, Schoolboy Crush and Bareboned Twinks for Cobra Video.

Corrigan and his business partner assisted in the FBI investigation into Kocis' murder by wearing surveillance equipment that resulted in key evidence against Cuadra.

The trial is scheduled to resume Wednesday morning with Corrigan expected to testify.